London Stock Exchange today welcomes the listing of the UK Government's first Islamic bond, or Sukuk. The listing is the first for a country outside the Islamic world and raised £200m on orders totalling more than £2billion. To mark the occasion, Government Ministers, the Rt Hon Sajid Javid MP – Secretary of State for Culture Media and Sport and Minister for Equalities, and Andrea Leadsom MP – Economic Secretary to the Treasury opened trading in a special Market Open Ceremony at London Stock Exchange this morning.

"Today's listing of Britain's sovereign Sukuk, the first outside the Islamic world, is great news for our financial services. The strong demand for the Sukuk not only delivers good value for money for the taxpayer, but also cements Britain's position as the western hub of Islamic finance and is a part of our long term economic plan to make Britain the undisputed centre of the global financial system." 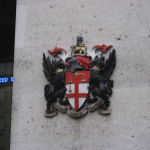 "We're delighted to welcome the UK Government ministers to open our markets this morning. The fact that the UK is the first country in the Western world to launch a Sukuk bond, and the exceptional demand for the bond highlights London's standing as the world's leading international financial centre. It also confirms the UK as a key destination for foreign, Shariah-compliant financial products and institutions."

More than $38 billion has been raised through 54 Islamic Sukuk issues – including four this year – in London, which is also home to six Islamic banks.

More of the same ahead of tomorrow’s interest rate decisions

Surgically implanted bombs, what next?