A record 65,000 tenants left London over the last 12 months with 78% continuing to rent

Average rents rise 1.1% over 12 months driven by growth in the south of the country

Since 2007 over half a million tenants (521,000) have left London, with 30% of them buying a home. Tenants leaving London to rent moved twice the distance as those leaving to buy, 101 miles compared to 53 (a combined average of 89 miles). This is reflected in the growing proportion heading to the Midlands or the North. This year 48% of tenants leaving London to rent somewhere else headed north compared to 31% in 2007 (chart two).

Despite the growing number of London tenants heading north, the majority remain close to the capital. More homes in Slough (46%) are let to a tenant coming from the capital than anywhere else in the country (table 3) while Tandridge (13%) is the top hotspot for buyers who were renting in the capital (table 4). The average London tenant buying a home outside the capital spends £388,000 on a new home, 16% less than someone who was selling a property in London. Tenants coming from London spend an average of 9% more than those who already live locally.

Rents rose 1.1% over the last 12 months to stand at £978 a month (table 5). Over the last 12 months rents grew faster in southern regions than those in the north. More homes coming on to the rental market in Northern England has slowed rental growth. In September there were 12% more rental properties on the market across the three regions of Northern England (North East, North West and Yorkshire & Humber) with one in ten owned by a London landlord.

“For people in their 30s leaving London is something of a rite of passage. But as the number of those renting has grown the move out of London is increasingly likely to be in the rental market. A decade ago most tenants moving out of the capital did so to buy. But since 2007 leaving London to carry on renting somewhere else has become more typical”.

“Rental price growth continues to be supported by the low number of landlord purchases, particularly across the south of England. The number of rental homes on the market has continued to drop with more southern based landlords looking northwards in search of better yields and lower stamp duty bills. Conversely northern England has seen double digit increases in the number of homes on the market which is likely to temper rental growth.” 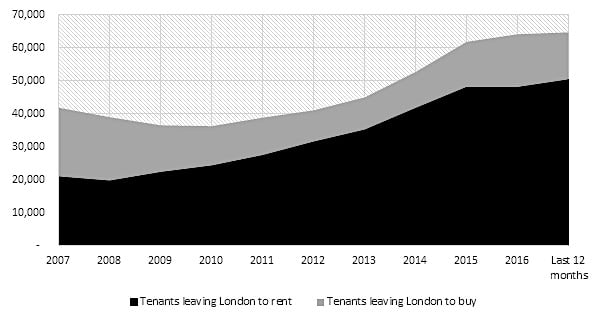 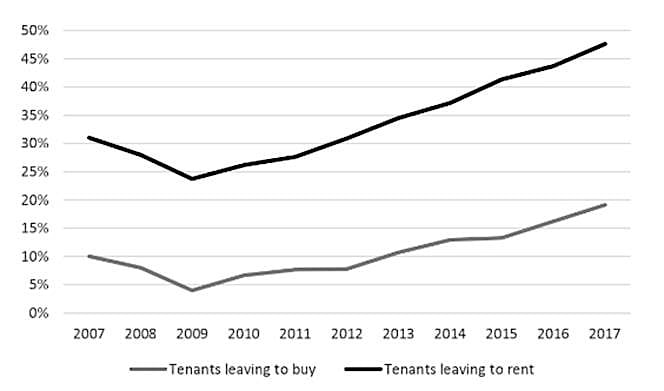