It is with great pleasure that the Combined Services Cricket Association can confirm that the Inter Services Twenty20 Tournament 2013 (IST20 2013) will, once again, be held at Lord’s Cricket Ground on Tuesday 18 June 2013. This is the sixth year in a row that Services cricket has been hosted by Marylebone Cricket Club at Lord’s, and the fourth year running for the Inter Services Twenty20 Tournament.

The Inter Services Twenty20 Tournament is a triangular competition between the Royal Navy, British Army and Royal Air Force senior XI sides and is fiercely competed for; the Royal Air Force will be looking to retain their crown having won in 2011 and 2012. This is one of the few tournaments that provide an opportunity to watch 3 games of high quality Twenty20 cricket in one day.

The Combined Services Cricket Association is also pleased to announce that IST20 2013 has chosen Combat Stress as the supported charity, Heineken UK as the event sponsor and CricketWorld.com as the media partner.

Air Vice-Marshal Paul Atherton OBE, Chairman of the Combined Services Cricket Association IST20 2013 Committee, announcing the launch of the IST20 2013 website said: “I am delighted that Marylebone Cricket Club has once again agreed to support this fantastic event. For the Serviceman, playing at the Home of Cricket will be one of the highlights of their sporting career. But it is also a marvellous day for the supporters and I would encourage people to come along and support their team. The IST20 tournaments are a fantastic success, not least for the thrilling cricket, and we are looking forward to another outstanding day. I am also delighted to announce that we will, once again, be supporting Combat Stress and I am very grateful to Heineken UK and Cricket World for supporting IST20 2013.”

John Stephenson, MCC Head of Cricket, said: “Ever since the first IST20 tournament was held at Lord’s in 2010, the event has gown every year, and it now represents one of the highlights in the fixture list. MCC is delighted to continue to support the development of Services cricket, and I am very much looking forward to watching the drama unfold once again on Tuesday 18th June. I encourage all cricket lovers to come along to Lord’s and enjoy what promises to be an excellent day.” 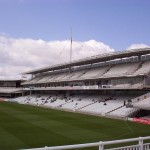 Andrew Cameron, Chief Executive of Combat Stress, said: “We are delighted and very grateful to have been chosen to benefit from the Inter Services T20 tournament. Combat Stress is currently treating and supporting over 5,200 ex-Service men and women suffering from Service-related mental ill-health and we hope that your recognition through the 2013 Tournament will raise awareness of Combat Stress and encourage more people to seek our help, as well as raising much-needed funds for our vital work. Inter Services cricket attracts supporters who understand the challenges we are grappling with. I urge you to learn more, become advocates for Combat Stress and help us reduce the stigma faced by Veterans suffering with wounded minds.”

Ticket purchasing and information is available now at www.interservicest20.co.uk – be one of the first to purchase your tickets and show your support and appreciation. It promises to be not only a great day’s cricket but also a celebration of the Armed Forces.

MCC will also be broadcasting live ball-by-ball commentary for all the matches via the Lord’s website.