The price of the UK’s National Lottery Lotto ticket will be increased to £2 by the end of the year.

The price of a Lotto ticket has remained unchanged at £1since the lottery was introduced in 1994. Had this been increased in line with inflation the cost would now be in the region of £1.68 (RPI).

These upcoming changes say Camelot (national-lottery.co.uk/player/p/lottonews_FAQ.ftl#int_Lottonews_table) are in response to customer demand for more ways to win.

With this in mind there will be larger prizes for matching three and four numbers. For example, the payout for choosing three correct numbers will go up from the current £10 to £25 with the average Match Four increasing from £60 to £100.

Jackpots are also expected to get bigger, with Saturdays going from today’s estimated £4.1 million to £5 million and Wednesday’s moving from an estimated £2.2 million up to £2.5 million. 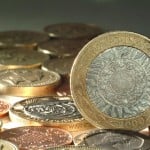 Each line of Lotto that you buy will now also be allocated a new ‘raffle number’, which comes as part of the new £2 ticket price. And every Lotto draw will see at least 50 guaranteed £20,000 prizes.

There will be no changes to the way you play today and you can still use the same numbers that you have always used.

The odds of winning at every level will also remain the same as they are today says Camelot.