At the back end of November, world leaders will converge on Paris for the latest UN summit to discuss global climate change.

It will be the next big attempt to secure a global treaty to limit greenhouse gas emissions – six years after the last attempt failed so spectacularly in Copenhagen. The noises from UN member states suggest that a deal is more likely this time around than it was in the Danish capital. The reason for this is a collective realisation that climate change targets won’t be met unless radical action is taken now.

Perhaps in 2009 there was a degree of complacency that there was sufficient time to do something about the targets for 2020 and 2030. Or perhaps it was arrogance on the part of some of the politicians who knew they’d not be standing office by the time D-day came around.

Either way, the problem is no less acute than it was back in 2009. Only recently, it was revealed that Scotland needs to increase investment in local carbon infrastructure by at least 20% to meet its climate change goals.

The study by the Low Carbon Infrastructure Taskforce acknowledged the Scottish Government's “ambitious” emissions targets but warned of “critical weaknesses” in its current approach to infrastructure planning.

It said: “International comparisons suggest that Scotland's public investment in low carbon infrastructure needs to increase by a minimum of 20 percentage points just to be in line with average global levels of investment and more if Scotland is to meet its climate change targets.

“Failing to invest in low carbon infrastructure will lock in high emissions and vulnerability to the multiple impacts of climate change, leaving a legacy of buildings, roads, energy generation and more which will be expensive to adapt in the future.”

That argument could quite easily apply to the rest of the country. The UK has a target of cutting emissions by 35% on 1990 levels by 2020 (that goal increases to 80% by 2050). But most respected commentators believe that the initial target is going to be well-nigh impossible to achieve without a drastic step-change in domestic climate change policy.

Successive Governments have been caught between a rock and a hard place, a desire to “green up” the country conflicting with a desire not to annoy householders and companies – especially large, energy-intensive manufacturers – with emissions-based taxes. The result has been a spaghetti policy riddled with uncertainties and inconsistencies. It has not appeased green campaigners any more than it has dampened business scepticism.

The Government needs to find a strategy for creating a low-carbon economy and stick to it. Aside from the health benefits of cutting pollution and the moral issue of improving the environment, there is a compelling business case to make.

A long-term commitment to building a low-carbon economy would create more certainty on energy supplies and reduce price volatility. That would keep homeowners’ energy bills to a minimum and allow businesses to better manage their variable costs. It would encourage companies to invest in the UK instead of overseas, a move that would boost the Treasury tax take and promote the country as a leading crusader in the fight to tackle climate change.

The time for talking has ended. Action is needed now.

Phil Ball is a non-executive director of Great Annual Savings Group, which helps businesses to reduce their variable costs and save money in a range of areas including energy procurement, energy and water cost management, fire safety, telecoms and insurance. For further information, visit www.greatannualsavings.com. 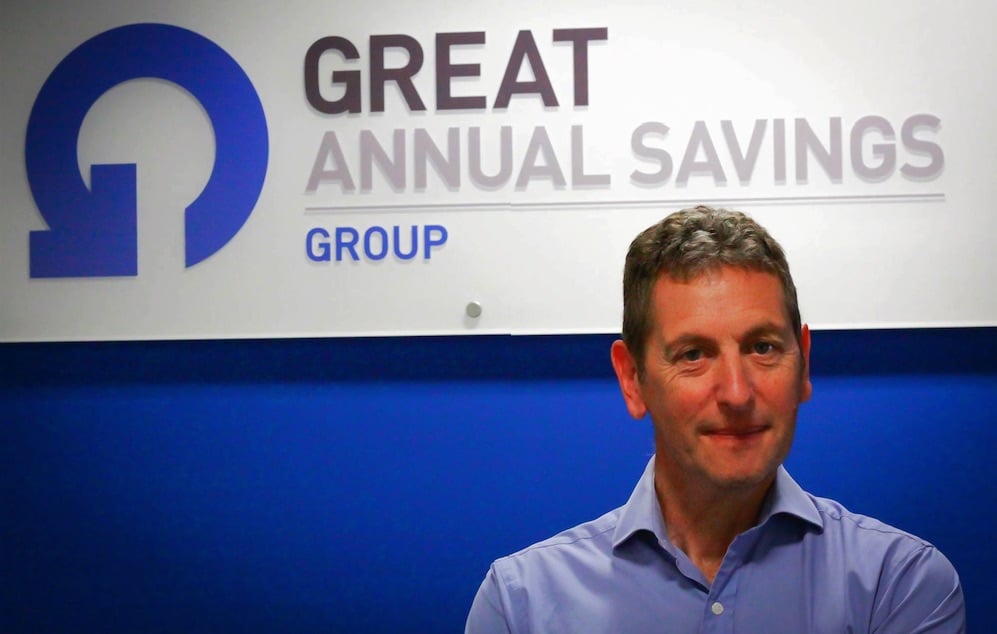 My First Encounter with Air Force One