The 2013 Low Pay Commission report says that the research it commissioned indicates that about 6% of the bottom decile of adult workers are not receiving their entitlement of the National Minimum Wage (NMW).

Although accepting that there may be limitations in the data the commission says that if non-compliance is at this level then there is a 'significant problem'.

The Commission identified the areas of concern as 'apprentices; interns, those on work experience or volunteers; in social care (especially domiciliary social care); and among hotel cleaners and homeworkers'.

The report went on to say that the Commission continued to 'receive evidence of abuse of the NMW through unpaid work, often labelled as internships'. It said that it had 'received a substantial volume of evidence suggesting a growth in the terms ‘internship’, ‘work experience’ or ‘volunteer’ to denote unpaid activities that look like work and to which the NMW should apply'. And the TUC had reported that work experience and internships remained the fastest growing source of abuse under the minimum wage.

But the Unquoted Companies Group said that it wanted interns to remain outside the NMW system as interns are regarded as students investing in themselves and such opportunities would be affected if the NMW applied.

Inspiring Interns said 'We suggest that enforcement of existing laws – targeted at companies who wilfully and deliberately use the internship mantle to breach NMW – would be the most effective method of ensuring internships remain a force for good in the youth labour market'.

It all therefore seems to hinge on what is a proper unpaid intern position and what is unpaid employment hiding behind the mantle of 'internship'. And until this is properly addressed there is the danger that extracting work from unpaid interns becomes a ‘new normal’ said the report. 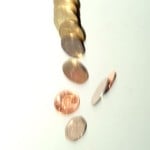 Although the report made no recommendations about enforcement in the specific area of interns in its executive summary it did single out social care provided by public bodies saying that 'contracts issued by public bodies which commission the provision of social care should contain a clause requiring at least the National Minimum Wage to be paid'.

Responding to the annual Low Pay Commission, Ben Lyons, the co-founder of Intern Aware (the campaign for fair internships), said:

“We are encouraged that the Low Pay Commission understands the scale of Britain’s unpaid internship problem. Most unpaid interns do real work, so the Government needs to listen to the Commission’s advice and ramp up enforcement of the law.

"Only seven employers have been prosecuted for non-compliance with the minimum wage since it was introduced in 1999 – this needs to change. The Government should also start to ‘name and shame’ employers that fall foul of the law.

"For the country’s 100,000 unpaid interns, and the many more who can’t afford to work for free, change can’t come soon enough.”