• With an interest rate rise on the horizon and current interest rates at a new record low of 2.59%, borrowers urged to remortgage now for best rates

The latest figures from LMS reveal the average amount of equity withdrawn from remortgaging per customer rose to £34,505 in June, a 28% rise from May and the highest amount ever recorded.

This is 81% higher than June 2014, when the average amount withdrawn was just £19,036 as remortgagors are encouraged by the record low interest rates currently on offer. Annual remortgage repayments now account for less than a fifth (17.6%) of household income, slightly lower than last month when they accounted for 17.8% and a record low.

LMS found the total amount of equity withdrawn from remortgaging in June stood at £852m. This is the largest amount withdrawn since July 2008 when £955m was withdrawn through remortgaging. 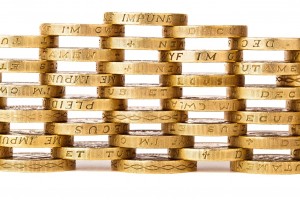 June’s figure is up 40% from May and up a staggering 86% since June of last year when equity withdrawn stood at £459m.

The average interest rate fell to 2.59% in May, a new record low following eight months of falling rates, great news for borrower budgets. But with the prospect of an interest rise looming, borrowers are urged to consider remortgaging now to take advantage of the best rates currently on offer.

“Record low rates of remortgaging and better affordability – repayments now equate to just 17.6% of income – have spurred people on to remortgage now for extra cash to spend or pay off other debts.

“There is a general sentiment of positivity throughout the summer, as families are able to remortgage for record amounts of extra income, but economic improvements are struggling to filter through to many families who still feel the pinch.

“It is, perhaps, a little hawkish for the central bank to raise the historically low interest rates, following Mark Carney’s words last week that rates may rise by January. A rise in interest rates, however small, would see outgoings increase, affordability tighten and place added pressure on struggling households.

“Whether or not an interest rate rise will come to fruition this year, borrowers need to prepare for the Bank of England rate raise. Now is the opportune time to take advantage of lender appetite and a low base rate, seek out the best remortgage deals on offer, and fix low rates before any change kicks in.”

Interest rates might be on the up, but don’t expect savers to celebrate just yet