Diets low in saturated fat don’t curb heart disease risk or help you live longer, says a leading US cardiovascular research scientist and doctor of pharmacy in an editorial in the open access journal Open Heart.

And current dietary advice to replace saturated fats with carbohydrates or omega 6-rich polyunsaturated fats is based on flawed and incomplete data from the 1950s, argues Dr James DiNicolantonio.

Dietary guidelines should be urgently reviewed and the vilification of saturated fats stopped to save lives, he insists.

DiNicolantonio points out that the demonisation of saturated fats dates back to 1952, when research suggested a link between high dietary saturated fat intake and deaths from heart disease.

But the study author drew his conclusions on data from six countries, choosing to ignore the data from a further 16, which didn’t fit with his hypothesis, and which subsequent analysis of all 22 countries’ data, disproved, says DiNicolantonio.

Nevertheless, the bad boy image stuck, particularly after US President Eisenhower had a heart attack in his 50s, points out DiNicolantonio in an accompanying podcast.

And it prompted the belief that since these fats increase total cholesterol—a flawed theory in itself, says DiNicolantonio— they must also increase heart disease risk. And as foodstuffs with the highest calorie density, the thinking was that reduced saturated fat intake would naturally curb obesity, diabetes, and metabolic syndrome.

But the evidence, which continues to mount, suggests otherwise, he says. 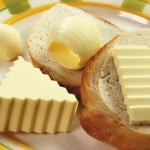 There is now a strong argument in favour of the consumption of refined carbohydrates as the causative dietary factor behind the surge in obesity and diabetes in the US, he says.

And while a low fat diet may lower ‘bad’ (LDL) cholesterol, there are two types of LDL cholesterol. And switching to carbs may increase pattern B (small dense) LDL, which is more harmful to heart health than pattern A (large buoyant) LDL, as well as creating a more unfavourable overall lipid profile, he says.

Furthermore, several other studies indicate that a low carb diet is better for weight loss and lipid profile than a low fat diet, while large observational studies have not found any conclusive proof that a low fat diet cuts cardiovascular disease risk, he says.

However, a recent analysis of published trial data shows that replacing saturated fats and trans fatty acids with omega 6 fatty acids, without a corresponding rise in omega 3 fatty acids, seems to increase the risk of death from coronary heart and cardiovascular diseases.

“We need a public health campaign as strong as the one we had in the 70s and 80s demonising saturated fats, to say that we got it wrong,” urges DiNicolantonio in the podcast.

The best diet to boost and maintain heart health is one low in refined carbohydrates, sugars and processed foods, he recommends.

And anyone who has had a heart attack should not be thinking of replacing saturated fats with refined carbs or omega 6 fatty acids—particularly those found in processed vegetable oils containing large amounts of corn or safflower oil, he says.

[The cardiometabolic consequences of replacing saturated fats with carbohydrates or omega 6 polyunsaturated fats: Do the dietary guidelines have it wrong? Doi 10.1136/openhrt-2013-000032]

A quarter of holidaymakers have been left stranded abroad without money