Reducing the nation’s blood pressure and cholesterol levels helped prevent over 20,000 people from dying prematurely from coronary heart disease according to a new study.

Between 2000 and 2007 deaths from coronary heart disease in England fell by 38,000. Around 20,400 of those were attributable to reducing the population’s blood pressure and cholesterol levels.

The research, published in the BMJ Open, explored how changes to drug treatments and different prevention methods contributed to this fall in mortality rates.

The findings showed prescribing statins to people who were at high risk of having another heart attack or stroke, to help reduce their cholesterol, saved 5,300 lives alone.  However, researchers found statins helped prevent more deaths among the more affluent areas of society. 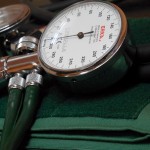 “Three out of four of all heart and circulatory conditions are preventable. Despite this, coronary heart disease remains the UK’s single biggest killer.

“Statins played a significant role in reducing mortality rates, but this research suggests they were more effective in the most affluent areas of society.

“Given the pressures on NHS capacity and budgets, prevention is vital and addressing the health inequalities highlighted by this research could help save even more lives in the future.”

Bill Clinton on being a vegan