Lowest number ever of new instructions coming to market

Although the number of people looking to buy a house has increased by 27%, the number of houses coming onto the market is at its lowest says Rightmove.

The property search engine's latest house price index reports that search activity, at 44 million [1] in the first ten days of 2012, which is up over a quarter on 2011, shows that there is a 'pent-up demand' that is being stymied by a lack of mortgage availability.

But the number of new instructions is at a Rightmove all time low with estate agents only seeing an average of one new vendor coming to market per week.

The average asking price has though fallen by 0.8% on the month to Â£224,060, but is still up by 0.4% over the last year. But the early indications for 2012 are that house prices will be underpinned by a lack of supply.

Rightmove has also pinpointed what it sees as the 'winners' and 'losers' in the property market for the upcoming year.

Those looking to trade up with a lot of equity behind them.

A few 'Golden Oldies' – those houses that have been on the market for some time that are attracting renewed interest.

Those who are selling houses 'with a difference'.

The 55% of tenants that are trapped in rented accommodation.

People looking to shift 'average' homes, who either cannot or will not adjust prices down.

The upwardly mobile but equity poor.

Old records are being shattered as search activity is up by a staggering 27% on this time last year. Potential buyers and sellers are looking more often and researching more thoroughly. In areas where there is a lot of property up for sale, buyers are looking hard for properties that tempt them with something really special in terms of value, potential, location or quality of finish. If it doesn't shout 'special' then they are unlikely to overpay for the privilege of buying an average property in these mortgage-constrained times. In locations where there is little stock for sale, they appear to have become online junkies, ready to pounce on fresh property coming to market to see if it will satisfy their housing need. This search-addiction is in part caused by each estate agency branches currently listing an average of less than one new property per week, an all-time low and around half of pre-credit crunch levels. The market is stuck in a low transaction volume pit that will be hard to escape from without the mortgage funding to satisfy what appears to be strong pent-up demand. 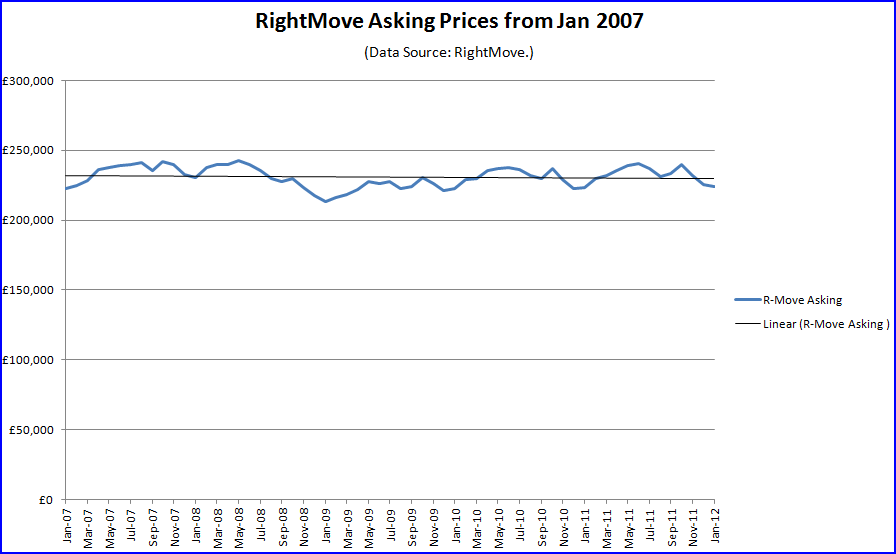