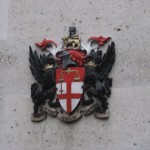 “This has been a good overall first half for the Group. The 44 per cent rise in our revenue reflects an underlying increase of 8 per cent, with growth across all our business divisions, as well as the first time inclusion of LCH.Clearnet. Particular highlights include strong performances from our fixed income business, the resurgent IPO market and further growth in FTSE from both the organic business and the new fixed income indices business.

“The Group is increasingly international and diverse and we are well positioned in a wide range of businesses and markets. We remain focused on developing growth opportunities, realising the benefits from the acquisition of LCH.Clearnet, and delivering on our strategy.”