Macaulay Culkin has made a dramatic comeback, but not to the world of acting but instead as one third of the 3MB Collective.

Earlier this year the tabloid newspapers and chav magazines were filled to the brim with pictures of Culkin looking gaunt and rather worse for wear with pundits speculated over the extent of his alleged addiction to Heroin.

But just as everyone was writing off the Home Alone actor, 32 year old Culkin turns up looking all healthy again and full ofÂ enthusiasmÂ for his latest project, this time in the art world.

The 3MB (Three Men and a Baby) collective will exhibitÂ LeisureÂ InfernoÂ in New York's prestigiousÂ Le Poisson RougeÂ gallery inÂ GreenwichÂ Village from 13th ofÂ SeptemberÂ  until the 15th of December and by the looks of things they have much to get exited about because fun is the essence of the show.

Friends Toby Goodshank, Adam Green and Macaulay Culkin came together in Culkin's apartment to create the works of art.

The influences are very much taken from the consumer products and television shows of their childhoods as well as other external influences that happen to collide with the painters as they work together to actualise their self expressed ideas mixed with joy and darkness but never failing to be entertaining. 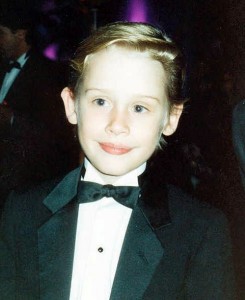 Macaulay Culkin in 1991 by Alan Light

John Kerry knows, so why weren't our MPs told?