Set in IWM North’s unique building, home to some of IWM’s national collections, Magic Lantern Tales will portray the story of the First World War from the point of view of the men and women who survived it.

The first-hand stories and photography by Ian Beesley will be brought to life using a genuine antique magic lantern projector and glass slides – alongside live poetry and spoken word by Ian McMillan, created specially in response to each individual’s story. 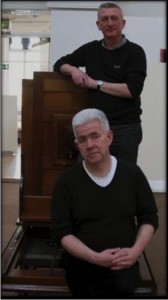 While Ian Beesley was working as artist in residence at Moor Psychiatric Hospital in Lancaster in the 1990’s, where the majority of patients suffered from senile dementia or Alzheimer’s, he came across a drawer full of glasses and another full of photographs. Some patients had been in the hospital for decades and for those who had died with no living relatives, their last few possessions were placed carefully into these drawers.

‘Many of the photographs were related to the First World War, soldiers in uniform, family gatherings, weddings with the grooms in uniform. These glasses were the glasses they must have used to look at their fading photographs perhaps to attempt to pull back some fading memory.

Two simple wooden drawers containing a visual eulogy to forgotten lives. This experience prompted me to photograph and interview as many men and women who had experienced the First World War before it was too late’, said Ian Beesley.

Magic Lantern Tales features this original photography by Ian Beesley and captures final memories and reflections on the changing world these people had lived through and grown old in.

Ian McMillan said, ‘We often view war as a series of huge historical sweeps and this show reminds us that war is made by people who each have their own narrative of what happened.’ 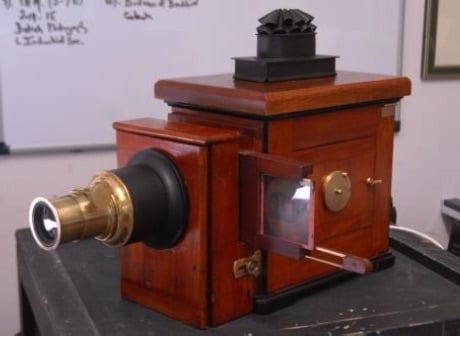 Diane Lees, Director General of IWM said, ‘IWM North exists to tell the stories of those who have experienced war and conflict from the First World War to the present day. We are delighted to host such a unique collaboration between poet Ian McMillan and photographer Ian Beesley, exploring how war is remembered by those who lived through it and how we continue to remember those efforts today.’ 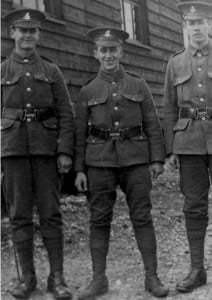 Harry Holmes (centre) and his brother (left) at a training camp, Halifax Duke of Wellington West Riding Regiment. Harry was in the salient at Ypres and was decorated for bravery, whilst trying to retrieve wounded colleagues from no man’s land at night, he single handedly captured five German soldiers. ©Ian Beesley

Harry Holmes, decorated for his bravery while serving in Ypres, France for retrieving wounded colleagues from no mans land. After the war Harry returned to Bradford and worked as a painter and decorator. His best friend was Harry Ramsden (of fish and chip shop fame).

Interviewed and photographed by Ian Beesley at 99 years old Harry said, "I have had a fantastic life, I would do it all again including the War, I will hang on until I reach 100 and then I’ll call it a day".

Harry celebrated his 100th birthday and died a couple days after.

And said ‘All I want when I get through this
Is a stroll, and a pint, and a kiss.

Excerpt from The Ballad of Harry Holmes, by Ian McMillan

Florence Myers, age 103 when photographed and interviewed by Ian Beesley in 1994, was only a girl when her brothers enlisted and were sent to the battlefields of France. 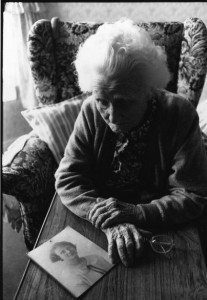 She remembered, "Both my brothers fought on the Somme. When they came back we couldn’t recognise them they were so thin and dirty. They were completely lousy, my mum made them strip off in the back yard, cut off all their hair and scrubbed them raw with a yard brush. I burnt all their clothes. They never spoke of their experiences, they went off (to the War) as nowt but boys, but came back as old men with dull dead eyes. It broke my heart they went as my brothers and came back as strangers."

Tickets to Magic Lantern Tales cost £12 /£10 concession and are on sale from quaytickets.com or from the Admissions Desk at IWM North. Reccomended for ages 16+.