Actress Maisie Williams, best known for her role as Arya Stark in Game of Thrones is helping adolescent girls build self-confidence whilst going through puberty.

With an estimated 50 million girls around the world reaching puberty each year and experiencing transformative changes as they transition into womanhood, statistics show that over half lose their confidence, which, in many cases, never returns. 89% feel there are pressures for girls to confirm to the way they are supposed to feel and act, with 79% of girls who believe society put them in boxes, feel their confidence would be higher if there was less pressure.

Maisie, 18 knows what it’s like to grow up fast, filming with the Game of Thrones cast before its launch in 2011 when she was just 13 years old. Her character also allowed her to explore the concept of confidence in girls, developing somewhat of an affinity with it. 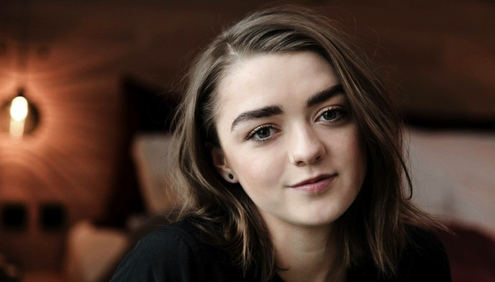 Maisie is announcing the launch of a new video entitled “Always #LikeAGirl Unstoppable”, directed by award-winning documentary filmmaker Lauren Greenfield, director of the #LikeAGirl viral video that launched last summer. It highlights how society’s expectations have a profound impact on girls’ confidence, especially when they enter puberty. Girls and women of varying ages and backgrounds were asked if they were ever told they should or shouldn’t do something because they’re a girl.

Additionally, TED, the non-profit organization devoted to spreading ideas, has committed to support Always in teaching confidence to young girls. In this first-of-its-kind partnership, Always and TED will develop and spread confidence-inspiring content through TED-Ed, a leading educational platform spreading lessons worth sharing.

The new #LikeAGirl video and confidence education efforts will be unveiled during a series of eight simultaneous #LikeAGirl Confidence Summits being held around the world in twenty four hours, including London. The New York Summit features a keynote address from international teen actress and female empowerment advocate Maisie Williams.