YouGov’s EuroTrack survey, a multi-country study tracking public opinion in the UK, Germany, France, Denmark, Sweden, Finland and Norway, has revealed that a majority of people in all the countries surveyed say it was wrong for magazines to publish photos of the Duchess of Cambridge sunbathing topless. Opposition to the images was strongest in Britain, at 80%, and weakest in France (60%), where the photos were originally published.

The controversy over the photos, taken in secret while the Duchess and Prince William were on holiday in France, has been reignited by the decision of a Danish magazine to print previously unpublished photos showing the Duchess bottomless. The YouGov EuroTrack survey also revealed that a majority (54%) of people in Denmark believe the Royal Family is right to take legal action against the French magazine that originally published the photos. The study was carried out during the Royal Family’s successful legal action in France, and before the publication of the bottomless photos in Denmark.

A majority of the public in the UK (69%), Germany (55%) and France (55%) were also in favour of the Royal Family’s decision to sue the magazine, but respondents in the Nordic countries (aside from Denmark) were less supportive.

â€¢ 43% of people in Sweden believe the Royal Family should take legal action, while 35% say they should not 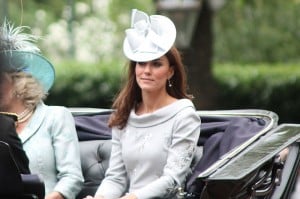 Duchess of Cambridge by Carfax2