A woman was forced to live in a tent after being released from prison because of a lack of housing support during her time in custody, a report on homelessness published by the Howard League for Penal Reform reveals today (23 December 2013).

The plight of Shirelle*, 36, was one of a number of troubling cases uncovered during a study of the problems faced by homeless people caught up in the criminal justice system in North West England.

The findings by researcher Dr Vickie Cooper, a senior lecturer in criminology at Liverpool John Moores University, are published in a report entitled 'No Fixed Abode: The implications for homeless people in the criminal justice system'.

The report concludes that too many people end up in the prison system on remand or return to prison because of inappropriate accommodation.

It calls for the creation of a ‘homelessness forum’ between prisons and local authorities to help prisoners into accommodation and provide as much housing support as possible.

Most women who were interviewed for the study said that they had positive experiences of hostels and refuges. However, Dr Cooper found that there were only six hostels for women, compared with 94 for men, meaning that most women were moved away from their local area to be accommodated.

Sixty-six per cent of women in the study did not originate from the area in which they were residing when interviewed, compared with 28 per cent of men. Moving women to new communities can exacerbate feelings of social exclusion and isolation, and trigger emotional distress, which can intensify problems associated with offending and draw them back towards crime.

Some men said that they found the conditions in overcrowded and poor quality hostels to be even worse than prison. They said that criminal justice agencies failed to take into account their need for privacy, responsibility and empowerment.

“People leaving prison are increasingly being disqualified from housing, on the basis of their rent arrears, anti-social behaviour and making themselves intentionally homeless.

“The strict qualification criteria often results in the exclusion of ex-prisoners from housing, leaving them with few options but to reside in hostel accommodation.

“Despite the number of people living in hostel premises who are in contact with the criminal justice system, we are bereft of any real understanding surrounding people's experiences of these premises.

“This study tries to capture people's experiences of hostel accommodation and, in so doing, attempts to situate the role of this accommodation within the spectrum of the punishment process.”

It is difficult to know the true number of homeless people in contact with the criminal justice system because of a lack of reliable data. A key reason for this is the failure of prisons to record when people entering or leaving custody are homeless. This is compounded by the fact that people often fail to declare their homeless status to increase their chances of being released on bail or granted parole.

Since the research was undertaken, the Coalition government introduced the under occupancy charge, commonly known as the ‘bedroom tax’, which has increased demand for smaller properties. It is feared that this will make it harder to find suitable housing for homeless people who have been in contact with the criminal justice system, the majority of whom are single.

“Too many men and women end up in prison for reasons linked to their precarious housing. When people leave prison, the most important thing is to make sure they never fall into lives of crime again.

“When we have excluded people from their communities we should make sure they can return to a proper home where they stand a better chance of leading a law-abiding life.

“Carting them around the country, away from people they might rely on for support, or putting them in an overcrowded hostel risks pushing them back towards crime and putting public safety at risk.

“New pressures on local authorities, such as the under occupancy charge and changes to the way benefits are paid, make this situation all the more difficult.”

Shirelle originally came from Macclesfield, Cheshire. She had been homeless, on and off, for ten years. She had been in prison eight times over the last seven years. Prior to going into custody for the first time, Shirelle was housed in a social housing property for two-and-a-half years. Once in custody, Shirelle lost her accommodation within two weeks because of rent arrears. After release from prison, Shirelle made a homeless application to her local authority to be rehoused, but she was deemed intentionally homeless as a result of rent arrears. 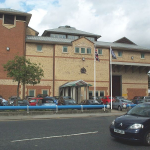 Shirelle’s prison sentences were all short-term. She also spent four months on remand and was later acquitted. Shirelle did not receive any housing support during her time in prison. On one occasion, she was released from prison into a tent.

When interviewed, Shirelle was staying at an approved premises probation hostel. Shirelle had been living on the streets prior to arriving at the hostel. She had to register on a drink detox programme as part of the hostel’s terms and conditions.

While staying at the hostel, Shirelle was put on a choice-based letting scheme to be rehoused. This scheme advertises council and housing association properties available in the locality so that applicants can ‘bid’ to view and rent the property of their choice. Shirelle decided to relocate to the same vicinity as the hostel. Circumstances in her home area, including the death of her partner and drug use among the people she knew, meant she felt there was nothing to go back for. She was due to view a flat on the day of the interview.

“I got recalled in last January and I was in for five months. I got out, went back to a hostel and this is basically non-residing that I’m coming in for because I don’t want to stay in a probation hostel… they are not helping me.

“When people say to me ‘sum it up what it’s like there’, I say it’s like a strict open prison. I don’t think I should be in a hostel like that where I’m supervised, where I’ve got curfews, because I have done my punishment. I wanted to work and I wasn’t allowed to, you know? And the consequence of it out of my six-and-a-half-year sentence is that I’ve done just over five years of my sentence in jail.”

Belinda*, 45, residing in a homeless hostel

“They have been brilliant. They have helped me get a doctor because I am a drug user. I’ve only been clean now two days so they helped me get a script with the doctors and they are going to help me go on the house search next week to get a flat.

“Yeah, they’ve been great with me. They’ve helped me sort all my benefits out but I know I’m safe and no one can touch me here. It’s just nice to feel safe and have somewhere to live for a change.”

Making property investment accessible to all