Male grooming is good for business

Male grooming is booming. The global market value has more than doubled between 2010 and 2015, and is still increasing. By 2020, it is estimated to be worth over $60bn globally.

Perhaps surprisingly, it is Europe which takes the lion’s share of the market, with nearly 40% of male grooming sales. Asia is growing rapidly too, as perceptions around male grooming shift in China.

End of the taboo

I think the taboo around male grooming was broken in the 1990s and early 2000s. Following the ‘anything goes’ approach of the ‘70s and ‘80s, men began to look for fashion icons to emulate. From footballers to boy bands, there was no shortage of trendy men sporting heavily-styled looks. The media reacted by commenting on male fashion trends, effectively creating the male grooming market we know today.

The turn of the millennium was a tipping point. David Beckham rocked-up to the World Cup sporting a mohawk and the media went mad. Styling your hair had become an effective political statement. Men wanted in.

But they didn’t know what they were doing, how to do it, or what they needed to make it work. Cosmetics companies began creating male-focused products, but they were more a reformulation of existing women’s products than something exclusively for men.

Fast-forward to 2015 and we reached another tipping point. It was the year of peak beard and the apex of the hipster trend. Beard oil became a ‘thing’ and David Beckham had recently retired from football to focus his efforts on his fashion empire. 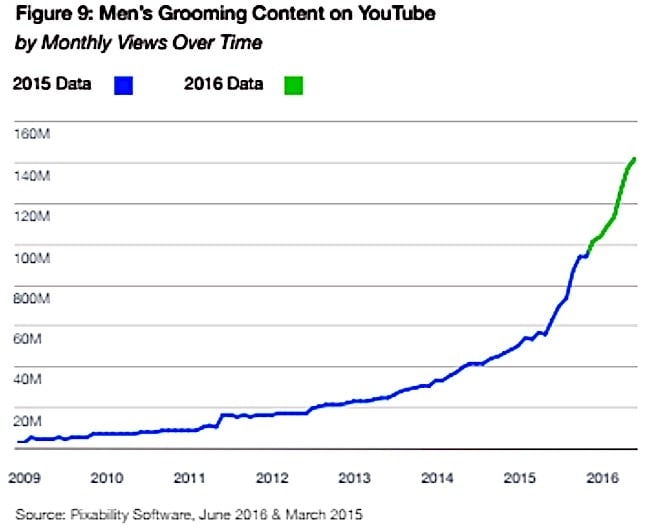 At the same time, an army of vloggers took to YouTube to create video tutorials for male grooming. In fact, in 2015, Google reported that searches for men’s haircare tutorials had overtaken searches for women’s hair tips for the first time!

The market had finally matured.

What works for women doesn’t always work for men. And nowhere is this truer than the grooming and cosmetics market.

For example, men report that they prefer their hair the day after they wash it, when some of their natural oils have returned. At SKNHEAD we’ve capitalised on this trend by creating shampoo with just 3% cleanser to leave more of those natural oils intact.

Men are also less likely to dye their hair when they start going grey. They want to enhance their natural silver fox look, not cover it up. So, we created a shampoo that highlights greys.

Men know what they want from cosmetics now. By listening to what men want and designing male-specific products around key trends, you position yourself perfectly to capitalise on this booming market.

Men seem to have grown cynical watching women’s shampoo ads, so trying to lure them in with technical-sounding chemical compounds is likely to backfire. Claiming that your shampoo will undo baldness due to the unique, patented Anti-domehead™ formula just won’t wash.

Now that there are male-specific grooming sections in supermarkets and pharmacies, men will instinctively glance past any product that looks remotely feminine. Men want to feel attractive, sexy, and powerful. But they don’t want to feel girly in the process.

So, my first tip for marketing to men is design your packaging for men. We went with sleek minimalist packaging in a dark, dusky blue colour, creating a distinctly male look. We also left off any mention of complex chemical compounds, instead focusing on the benefits of the products to men.

As with any aspect of design, there are hundreds of different ways to make your product appeal to men. Create a strong brand that reflects your values and beliefs and use a designer to help bring those ideas to life.

How will the market develop?

Europe has led the way in terms of fashion for decades, if not centuries (we’re looking at you, Elizabethan neck ruff!). I think as more men become aware of the grooming options out there for them, they will begin to define the market themselves.

This will lead to a rapid expansion of the range of men’s cosmetics, some from start-ups using crowdfunding and some from established names like L’Oreal. Each will be competing for a slice of the ever-growing pie.

To combat these external pressures, I think we’ll see the emergence of male cosmetics companies which have very strong brands and USPs. With SKNHEAD, we’ve selected a more natural product range, because that seems like a clear trend, and it’s something I believe in personally. A few years ago, we saw endless adverts for Alpecin Caffeine shampoo, basing their brand image on the trust in ‘German engineering’. What the next trend is, no one knows. But there will be one. Keep an ear to the ground to listen out for growing trends and move swiftly to capitalise on it, if it fits with your brand.

A key driver of the male grooming market will be YouTube videos and tutorials. As more millennials cancel their TV subscriptions and move entirely online, video tutorials will become the new advertising. But it will be consumer-driven. Not only will these YouTubers share grooming tips, they will lead the way in creating trends which will, inevitably, impact product development. Engaging with these influencers, getting their input during R&D, and listening to their subscribers provides a powerful platform to develop and market new products.

Finally, I think that the rigid lines between what is considered male and female will all but collapse. The preconceived notions of women wearing dresses and makeup, or men not removing hair are already being challenged in the mainstream. I think this will really permeate the public consciousness over the next decade, creating a revolutionary shift in gender expectations.

Expect men with carefully crafted eyebrows and meticulous makeup strutting down the high street in a dazzling dress. Welcome to the future.

By Adee Phelan and SKNHEAD 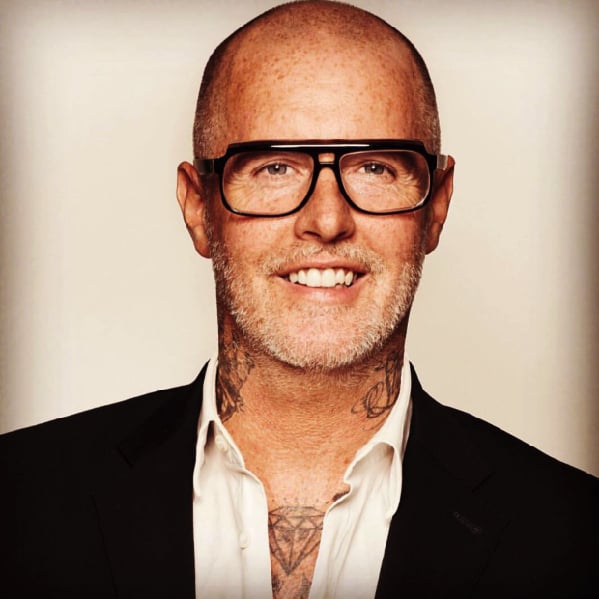 The idea for SKNHEAD first came to former British Hairdresser of the year Adee over a decade ago. Now the male grooming market is booming, and men are looking for products that provide them with their own identity.