Tourism is particularly important for peripheral economies in the Eurozone, such as Malta and Cyprus, according to new analysis from PwC.

The latest Global Economy Watch found tourists' expenditure in Malta was equivalent to 13% of total GDP, compared to 5% in Spain and 2% in Italy.

In 2016, travel and tourism supported 109 million jobs and generated $2.3 trillion globally, roughly equivalent to the size of the Indian economy, according to data from The World Travel & Tourism Council (WTCC). Tourism’s share of global economic output rose to more than 3% last year. 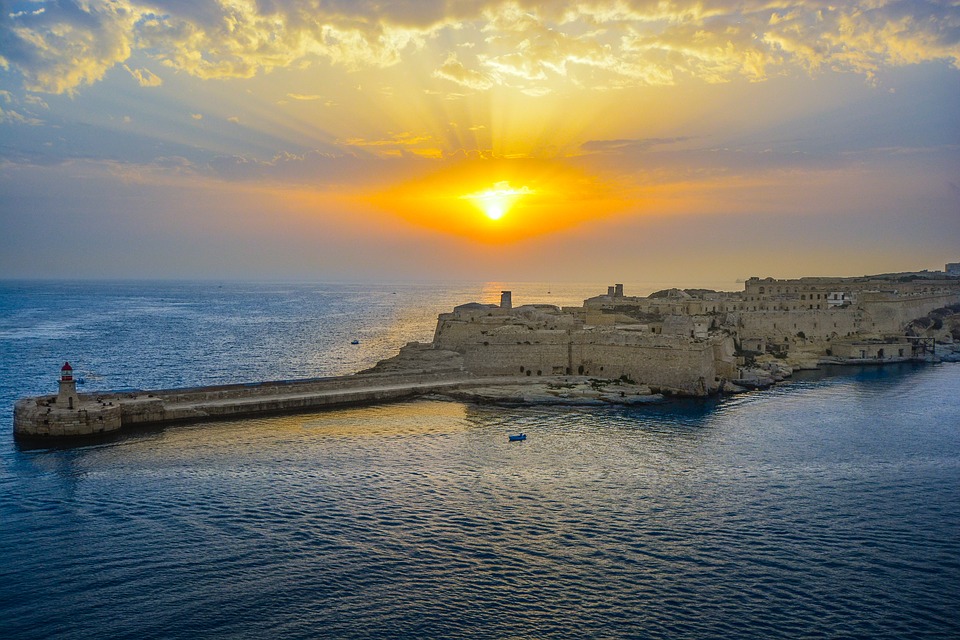 “Despite political instability in numerous parts of the world, the tourism industry’s resilience is clear – it has outpaced global GDP growth for the sixth consecutive year.

“For many of us holiday season means airports, hotels and hopefully sunshine, but it’s also a crucial part of the economy and can generate big business. This is particularly true for some of the peripheral Eurozone economies like Greece, Spain and Cyprus.” 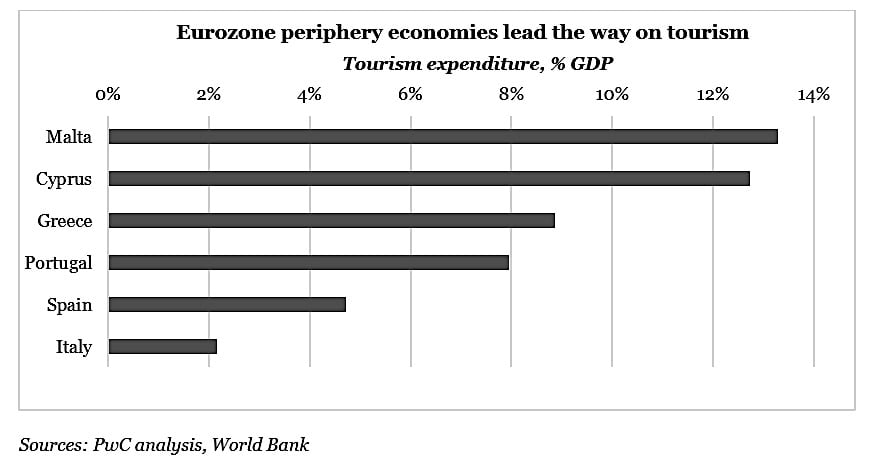 PwC analysis suggests peripheral Eurozone economies will experience a bumper year for tourism this summer. Using the latest monthly arrivals data, PwC economists calculated the year on year change in tourists in the peripheral economies, then applied this growth rate to the annual number of tourists. Using this method, four out of the top five tourism reliant economies can expect substantially higher number of tourists in 2017 if current trends continue.

Malta and Cyprus experienced double-digit growth in tourist arrivals in June (19% and 12% respectively), as compared to 12 months ago, and Cyprus is expected to see an all-time high in the number of tourists visiting this year. Using the same approach, Spain could see its tourist numbers increase by 12%, followed by Portugal and Greece (8% and 7% respectively), assuming there are no immediate supply side constraints.

However, despite country specific success stories like Malta and Cyprus, data suggests that the Eurozone market is relatively saturated, with Asia the fastest growing tourist market globally.