Whether or not you are offended by someone posting a picture of a burning poppy on the internet together with a nasty little message, it does pose the question are we just getting too sensitive these days?

A man from Aylesham has been arrested by Kent police on suspicion of ‘malicious telecommunications’ for posting a picture of a burning poppy online coupled with an offensive message.

A lot of things that people do will inevitably offend other people to one degree or another. But should we now be accepting that free speech is to be limited, on pain of arrest and prosecution, to the limit of whatever any other person deems as offensive? Where would we draw the lines?

I have not seen the image or the comment, which The Sun reports here. If that is true I personally find it more irritating than offensive, irritating in that the person who perpetrated the act cannot understand the sacrifices of those he aimed the posting at, nor the horrors they had to endure and still continue to endure, just so he can do what he did and exercise his right to free speech.

The comment does not appear to me to be designed to do anything other than elicit an emotional response. It does not advocate or ask people to engage in criminal activity. I know this comes at the sensitive time of Remembrance Day, but why the arrest?

But, for the rest of us, we must ensure that free speech is allowed to continue; after all we would not want to be prevented from having our say would we? And as part of that we must ourselves put up with the sometimes ill-informed and ignorant rantings of others. Because, if we do not then we could end up finding our own voices stilled by the law, just when we need to shout loud against injustice.

It is therefore good to see that many people, whilst not agreeing with what this person did, did though leap to the defence of their right to do it. 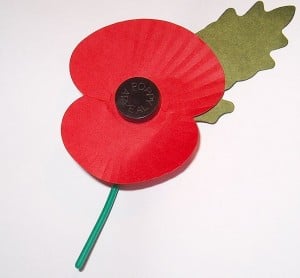 Government admits it uses the EU to subvert democracy