Employers hate workers’ compensation cases, and for good reason. Many employees who take advantage of the program either mislead or outright lie about their physical handicaps to get a job. Then, when they become injured, or re-injure themselves, they can claim a fat paycheck from the boss who has to pay it, or else. But, as an employer, what’s your recourse?

When Employees Lie: What’s a Lie?

It’s a common scenario on an application for U.S. employment – you ask an employee how much they can safely lift, and they tell you.

Most employees assume, for certain jobs, that bigger is better. When asked if they would have trouble lifting 50 pounds every day, a potential employee may think that they will be required to lift at least this much every day.

Thus, they may fabricate the truth in order to get a job they desperately need. But, what happens when there is a pre-existing injury that prevents them from lifting the amount they say they can lift?

Some jobs are inherently labor-intensive. A factory where heavy tools or machinery is used, for example, may put a lot of stress on a person’s body. This is exactly what happened to Kimberly Purcell in 2007. She applied for a job where she would be required to lift things between 20 and 25 pounds. But, due to a previous injury, she could only safely lift no more than 20 pounds.

She lied to her employer by saying she was cleared to lift up to (and even over) 50 pounds. Of course, when she injured her back during work, she tried filing a workers’ comp claim, and she was denied.

A Question Of Integrity and Ethics 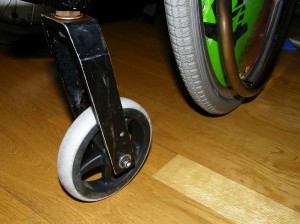 Did Purcell lie about her physical limitations? To many people, the answer is obvious. Of course she lied. Then, why did she sit in front of a judge? Because she thought that the employer couldn’t prove that her lifting objects in excess of 20 pounds had occurred. However, the employer did prove this, and Purcell could not prove otherwise.

This kind of scenario plays itself out over and over again in courtrooms across America. Employees never think they will be injured, or they believe they may not be caught, and therefore they claim that they are more capable than they really are. Many employees never read common FAQs about Workers Comp cases to determine that judges don’t always rule in favor of the employee.

In North Carolina, and many other states, for example, something called “The Larson Test” is used to determine whether a comp claim is payable. The Larson Test allows an employer to deny benefits if the employee lied about their physical capabilities prior to employment.

It’s a test that hasn’t always been applied consistently by all courts, but many of them are being turned on to the idea because it provides a way for employers to present a defense to the court.

So, if you find yourself in a situation where an employee has lied to you about their physical handicap, and you based your decision to hire them on their physical condition prior to employment, you can later mount a defense based on this fact and have a standing in court. Whether you will win is another matter. Not all courts rule the same way, and you should consult with a lawyer to determine your odds of winning.

Bank of England maintains interest rate and size of QE

“I’m a CFO and I’ve Been hacked”: With Cybercrime on the Rise, IMA and ACCA Ask: Does Your Finance Function Have a Plan to Fail?