The concept behind a so-called 'mansion tax' on all homes worth more than Â£2 million is unfair and ill-conceived, warns the founder and chief executive of the world's largest independent financial advisory firm.

Nigel Green of the deVere Group's observations come after the Treasury revealed today that 55,000 properties would be subject to the tax and that homeowners could expect to be hit with a bill of up to £36,000.

He says: "This new analysis by Treasury officials suggests that this policy is being taken increasingly seriously, which is incredibly concerning as it is fatally flawed.

"A 'mansion tax' could financially cripple many of the property owners, as it would not exclusively target the super-rich, as its proponents claim. It would trap those whose home has increased in value over a considerable period of time – those people who could be dubbed 'asset rich, cash poor'. That could, for example, be a cash-poor pensioner who's been living for many years in an area of London where house prices have sky-rocketed over the decades.

"Just because someone's home might now be valued at £2 million, it does not automatically mean that they have £36,000 each year in disposable income. Such people could be forced out of their homes where they have spent most of their lives or forced to take on huge debts.

"This policy, in effect, punishes people whose home has grown in theoretical value during their ownership. I say 'theoretical' because, of course, it's not worth that, until someone actually buys it for that price.

"Due to its very nature of basing the bill on a single property value, instead of taking into account the investment history, mortgages, and second homes for instance, the mansion tax is weak at deciphering who should be considered 'wealthy'. 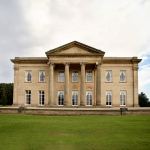 "And why is someone who has a £2 million pound home deemed richer than someone who owns other assets of the same value?"

Mr Green continues: "Also, policymakers need to consider other details including if there would be a temptation for homeowners to find ways of reducing a property's value to avoid the tax, and what would happen if the home is run as a business, such as a guesthouse, amongst other issues."

deVere's CEO concludes: "In short, this unfair and ill-conceived tax which targets certain groups of people's post-tax cash to fill the public purse would represent a new low in the UK's tax system.

"Additionally, should it be introduced, I expect the temptation for MPs to reduce the threshold over time, to bring even more households into the net, would be too difficult to resist."