The UK's Manufacturing sector expanded at a robust pace in October, according to Purchasing Managers Index (PMI) data released this morning by Markit and CIPS said the CEBR. The headline index stood at 56.0 in October, down slightly from 56.7 in September, but still well above the 50.0 mark which separates expansion from contraction.

There were encouraging signs throughout today's data. New orders increased at their fastest rate since August this year, spurred on by growth in new export business, which themselves expanded at their highest rate in 32 months. As a result of this increased activity manufacturing employment continued to increase – although the rate of job creation was reported to have slowed slightly over the month. Despite the continuing expansion, both input and output price pressures appeared to have eased over the month.

The positive sounds being made by the UK's manufacturers provide further evidence of the gear change that has taken place within the UK. The ONS estimates that the sector, which accounts for around 10% of the UK economy, expanded by 0.9% in the third quarter of 2013. With this strong PMI reading for the start of Q4, manufacturers look well placed to achieve similar levels of growth in the final quarter of this year. 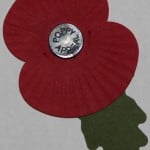 Furthermore, the improvement in both export and employment indicators may serve to sooth concerns about the sustainability of the UK's current rebound. An improving labour market combined with strengthening exports will provide the UK economy with the support it needs as government spending falls back. The next challenge is for this improving outlook to translate into tangible business investment which will help to ensure the UK can maintain solid growth in the longer term.

"Another solid PMI number from the UK, but what is more encouraging is the growth in export orders. These figures provide further evidence that the economic recovery is more broad based and is becoming less reliant on consumer demand and rising house prices. There is still a lot of work to be done to bring manufacturing back to pre-crisis level, but what is important is that the UK is moving in the right direction."

"The manufacturing renaissance has continued into the fourth quarter, with the PMI signalling another month of robust growth in October. Increases in new orders, employment and output are all signs of underlying momentum and the sector should continue growing strongly in the months ahead. 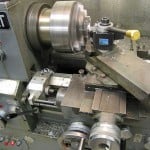 Lathe in Action by Andrew Magill from Boulder USA

"The rise in export orders, which had been dwindling over the past couple of months, is particularly encouraging. So far the balance of growth has been heavily focused on the consumer sector, but rising demand from abroad suggests that the recovery is starting to broaden out. Consumer spending will not be able to carry the recovery on its shoulders for too much longer, so this is crucial for the momentum to continue.

"These figures bode well for GDP growth in Q4. The manufacturing sector expanded by 0.9% in Q3 and these figures support our view that manufacturing output is on course to increase by more than 1% in Q4. However, there appears to be some divergence in the survey results and actual data. For instance, the PMI results in Q3 had suggested output growth of more than 1.5% but official data was only around half of that. Coupled with a smaller contribution from services, this suggests that GDP growth should slow a little in Q4, delivering overall growth of 1.4% in 2013."

Think before you apply for a loan