Manufacturers' order books recovered in August and export orders ticked up, according to the latest CBI Monthly Industrial Trends Survey.

Output continued to grow at a steady pace in the three months to August and is expected to maintain that growth trend next quarter.

Total orders recovered to well above average and export orders also improved in just over half the sectors. However, export orders remained below average in eight of the eighteen sub-sectors including mechanical engineering and metal manufacture.

Meanwhile, manufacturers expect average prices to fall in the next three months after being flat last quarter, pointing to further pressure on margins. 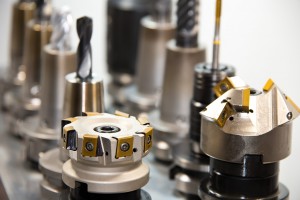 "While the rebound in manufacturers' total order books is encouraging, many firms are still struggling in overseas markets.

"On the one hand, the strength of Sterling and cheaper energy are reducing factory input costs, but the strong pound is also hitting export prices and margins hard.

"With only 4% of the UK's exports going to China, the country's slowdown is not a direct cause of concern for our manufacturers, but it will make life harder for our firms in exposed sectors like metals and commodities."

• 21% of manufacturers reported that the level of their order books was above normal, while 22% said it was below normal giving a balance of -1%. That compares with a balance of -10% in July

• 20% of firms said their export order books were above average, while 29% said they were below giving a balance of -8%. That was well above the long-run average (-20%) and an improvement on a balance of -17% in July

• 33% of firms reported that output grew in the three months to August, while 20% said it decreased giving a balance of +14%, well above the long-run average (+3%). Manufacturing output is expected to grow at a similar pace next quarter (+14%)

• Manufacturers reported that they expect average prices to fall in the next three months (-6%).

Alternatives to taking out a payday loan