Margaret Snowdon OBE, Chairman of the Pensions Administration Standards Association (PASA) and Director at JLT Employee Benefits, has led the formation of an industry group with the mission of protecting savers from pension liberation scams. The Pension Liberation Industry Group (“the Group”), whose industry-wide members include trustees, administrators, legal advisers, insurers, regulators and consumer representatives, has been acknowledged by Steve Webb, the Pensions Minister, in a letter to the industry.

Pension liberation cases reached record levels in 2013, with the Minister stating in October that £420 million of pension savings had been transferred to liberation schemes. Pension liberation scams continue to come at a great cost to pension scheme members, trustees, providers and administrators; as well as threatening to undermine confidence in retirement saving.

Members of the Group will work on a voluntary basis, with the ultimate aim of producing a Code of Practice that sets the standard for dealing with requests by pension scheme members wishing to transfer funds from a UK registered workplace pension scheme to another registered pension scheme.

It is expected that the Code of Practice will act as a barrier against scams, by requiring:

• Reasonable steps to minimise delay and provide reassurance to all parties

• Transparent communication with members and other parties

• The reporting of suspect cases

The scope of the Code of Practice also includes:

• Recommendations for legislative or regulatory change

“Pension Liberation needs to be halted in its tracks before it takes hold of the industry and infects the very foundation of pension savings.

“In 2013 we campaigned to highlight and educate members about this unscrupulous activity and I am delighted that we have secured an experienced and committed industry-wide working group. Together, we will create a Code of Practice covering all areas of pension transfers that the industry can adopt to limit pension liberation cases. As well as setting out industry guidelines, we will also be making recommendations for legislative and regulatory changes.

“Our first meeting takes place on 3 February 2014 and we will work toward the launch of a robust Code of Practice by the beginning of Quarter 2, 2014.”

“There is no silver bullet to halt this activity and it’s only through the industry working closely with regulators and Government that we can prevent people’s hard-earned retirement savings falling into the hands of pension predators.

“Pension scheme trustees and administrators are at the front line in the battle against these scams and we welcome this opportunity to work with them to preserve money in legitimate schemes.” 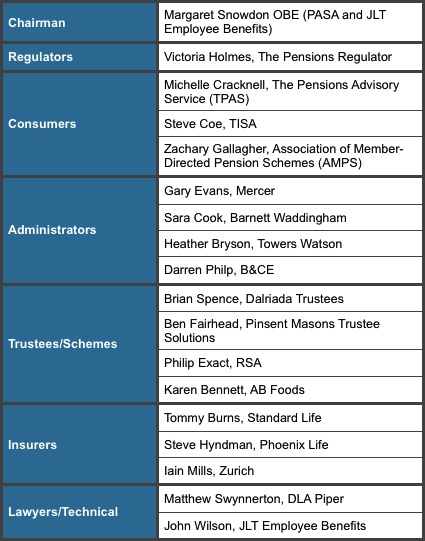 MEPs Must Force Firms to Come Clean on Impacts