In his opening address Mariano Rajoy, President of the Government, said he can "confirm that the Spanish economy is stepping on the accelerator of a return to growth" and added that "we must have a more balanced EU that operates more efficiently. We must move towards a fiscal union in the EU through a common debt. To do this, we must also take a step forward towards a political union, proposing a debate to move towards a greater union."

José Manuel Soria, Minister of Industry, who took part in the panel discussions on "The power of the digital economy", along entrepreneurs Jesus Encinar, Zaryn Dentzel and Javier Pérez Dolset, said that "Deindustrialisation is Europe’s biggest problem. We need to base the re-industrialisation process on telecommunications and everything related to IT. The 4.0 industry (big data, cloud computing) is vital to boost the digital economy."

Luis de Guindos, Minister for economy, called for better financing conditions for small and medium enterprises at a time when the Spanish economy has reached a potential growth rate of 3 %. Alberto Zamora, Managing Director of Accenture Strategy SPAI, commented that "70 % of Spanish executives are optimistic about the outlook for the Spanish economy this year."

Jaime García-Legaz Ponte, Secretary of State for Trade, who took part along Zamora in the panel on the business challenges of the new economy, explained that "without the employment reform it would have been impossible for companies to adjust their costs. Europe must open commercial space for European companies and address the barriers in other markets such as South America.” 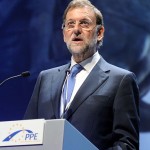 The summit ended with the participation of Máire Geoghegan – Quinn, European Commissioner for Innovation and Development, who highlighted the need to educate young people to become entrepreneurs and generate jobs in the future.

Accenture Strategy and Janssen were the summit sponsors.