The Italian Prime Minister, Mario Monti, said yesterday that the euro crisis could well cause the ‘psychological break-up’ of Europe.

In an interview in Sunday’s edition of the German magazine der Spiegel Mr Monti said that national resentments were being created within the Eurozone as the euro crisis and disagreements between member states on how to handle it continue. Disagreements that hinge on the differing views of the ‘North and South’ of the Eurozone.

“The tensions that have accompanied the euro zone in the past years are already showing signs of a psychological dissolution of Europe,” he told the magazine. “I can only welcome the ECB’s statement that there is a ‘severe malfunctioning’ in the market for government bonds in the euro region. It’s also true that some countries have to shoulder ‘extraordinarily high’ costs to finance their debts. That’s exactly what I’ve been saying for a long time.”

It is also reported that an Italian newspaper will this week run a story with a picture of Angela Merkel with the words ‘Fourth Reich’ alongside it. Nothing inflammatory there then.

So there you have it, some sort of admission that the crisis could bring the single currency and the wider EU down. But what should really be said is that it is the euro in its present form that is the cause of this crisis. The EU could quite happily continue as an open market if either all the states in the Eurozone joined together completely in economic and political union or, if they all resorted to national currencies.

Should the former occur there would of course have to be a complete rewrite of the EU agreements, especially where nations’ voting rights are concerned, in order to counterbalance the hugely powerful state that the Eurozone would become. 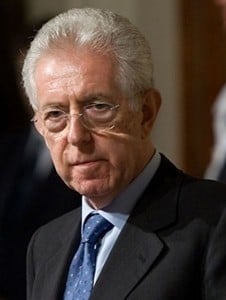