Just as the UKIP leader Nigel Farage was getting up a head of steam during his speech to the party’s conference in Doncaster he suddenly stopped short. He then, at just ten minutes (if that) into his speech, said that he had talked enough and that he would hand over to a special guest.

He then stunned the conference by introducing Mark Reckless, Tory MP for Rochester and Strood, who declared that he was now joining UKIP. What a body blow for David Cameron after the loss of Douglas Carswell to UKIP just scant weeks ago.

As one of the Conservative Party’s most rebellious MPs he was a natural candidate for just such a move, but it will still come as a shock to the Westminster bubble and more importantly to the waning Tory party.

Now that’s how to run a political conference!

Mark Reckless then went on to fill Nigel Farage’s half hour slot with examples of how he could only keep his promises to the country and his constituents by being a member of UKIP. He included the telling phrase "If you vote UKIP, you get UKIP!". 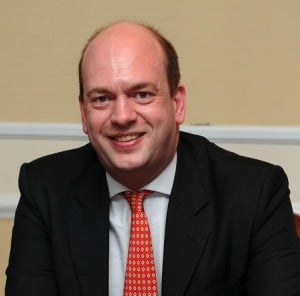 Mark will also be standing down from his seat in the proper honourable fashion to stand as a UKIP candidate in a forced by-election.

This will be ringing very large alarm bells through the three main parties, mostly the Conservative’s but both Ed Miliband and Nick Clegg will now be looking over their shoulders and asking “am I next?”

As the UKIP parliamentary candidate for North Dorset, Steve Unwin, said on hearing the news “I bet Cameron is spitting blood and shouting at the telly!”

So come on Nigel, tell us who's next!

The current (former) UKIP candidate for the constituency, Dr Mark Hanson, has bravely stated to the conference that he would stand aside and support Mr Reckless, but just asking why it had taken him so long to come across. Nigel Farage thanked Dr Hanson for his selflessness in making that statement.

Time To Clean Up Credit