Today sees the launch of the Artists Against TTIP initiative with a number of actors, musicians, writers and producers attending a lunchtime event at the Young Vic theatre to discuss rising opposition to the controversial free trade deal being pushed forward by the EU and the USA.

Artists Against TTIP was born out of a conversation between director Carrie Cracknell and her brother Jon Cracknell who works on environmental issues. Set up in collaboration with campaign groups War on Want and Global Justice Now, it has been created to raise awareness of the Transatlantic Trade and Investment Partnership (TTIP).

A number of the artists involved have already featured in a video where they explain the dangers posed by TTIP.

"As soon as I heard about TTIP, and the scale of its potential impact I was horrified. I kept asking people I knew if they had heard about it, and nobody had. It dawned on me that a deal was being negotiated, in secret, which could radically alter the balance of power between democratic governments and big multinational corporations and there was virtually no public dialogue about it. That was the impetus for founding Artists Against TTIP, to try and use the public profile of the artistic community to alert people to this issue, and the rapidly escalating public opposition to it"

"TTIP is an attempt to bypass our English laws, and control our ability to change our minds in the future. We must resist this. I fear this is as serious a threat to England's independence as the Norman invasion. If I am being too dramatic, which is always possible, let the secret negotiations and work on the TTIP deal be opened for all to see and understand."

Polly Jones, the head of campaigns and policy at Global Justice Now said: 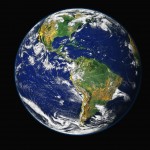 “In a very short space of time, TTIP has gone from being an obscure acronym to an issue that has all sectors of society up in arms, including artists. This surge of wide-ranging concern isn’t surprising when you consider what wide-ranging and negative ramifications this toxic trade deal would have if it went through. So it’s fantastic that Artists Against TTIP is injecting such a wealth of creativity and profile into the fight against TTIP.”

“The strongest trade campaign in years has just become stronger. Artists Against TTIP is a tremendous boost to a campaign that is growing by the day. More than two million people across Europe have now signed a petition saying no to this toxic so called free trade deal. The people have spoken and it’s time our politicians listened. “

The Transatlantic Trade and Investment Partnership (TTIP) is a comprehensive free trade and investment treaty currently being negotiated – largely in secret – between the European Union and the USA.

The scope of the negotiations is very broad. The stated goal is to reduce "barriers to trade" between the EU and US. In practice TTIP would lead to a huge transfer of power from democratically elected governments to large corporations. The implications for public health, the environment, public service provision, financial regulation, labour standards and social protections are profound. On top of this, research produced for the European Commission estimates that TTIP will lead to the loss of 1 million jobs.
More than 2 million EU citizens have already expressed their opposition to this corporate power-grab by signing the self-organized European Citizen's Initiative against TTIP (www.stop-ttip.org).

Renting a house set to overtake owning a home