Market reaction to Ukraine crisis is a ‘short-term phenomenon’

Global financial markets fell on Monday as investors’ nervousness about the escalating crisis in the Ukraine became evident.

But whilst the situation intensifies – with the U.S. admitting that Russia now has control of Crimea – the chief executive of one of the world’s largest independent financial advisory firms says he expects the markets to “recover quickly.”

Nigel Green, founder and chief executive of deVere Group, which has more than 80,000 clients and $10bn under advisement, comments: “There has been some volatility in the capital markets as a result of the political and military uncertainty in Ukraine – which have, naturally, exacerbated concerns about the country’s fundamental economic weaknesses. However, I fully expect this to be a short-term phenomenon.

“I believe that this tumble will be judged by history as a ‘bump in the road’ as markets will recover quickly. I’m not worried that we are about to slump into another global recession as a consequence of the deepening crisis in Ukraine.” 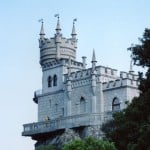 He adds: “The situation will perhaps fuel some of the concerns regarding emerging markets, although I expect the problems will, in the most part, be limited mainly to Russia and Ukraine.

“As the situation regularises, in whichever form that might take, and the world becomes accustomed to the new and/or existing realities, investors are likely to classify the Ukraine-Russia stand-off as ‘a local issue.’

“Global financial markets will then return to focusing on key fundamentals, such as the improving trend of US economic data, than to what is happening in Ukraine.”