With memories of Christmas and the New Year swiftly fading, financial markets kicked back into top gear this week after the extended break. At the same time, however, investors seem to have held onto a little of their festive cheer, particularly in Europe.

For most of last year, the European debt crisis was continuing to lurch from bad to worse, as politicians simply seemed unwilling or unable to get to grips with the problem. The change of guard at the ECB was also a concern, but in the event that has clearly helped – the Draghi-led Governing Council has cut the main refinancing rate back to 1%, and conducted the first of two long-term refinancing operations (the next one is in February). At the same time, Draghi has made it clear that the ECB won’t mop up large swathes of government debt – its purchases are still well below those of the Fed or BoE, in proportional terms – without European politicians getting their act together on the fiscal compact. He reiterated this point at yesterday’s press conference.

At the same time, however, financial markets now seem a bit calmer about Spain and Italy. The past week’s bond sales were particularly noteworthy: Spain sold 5Y bonds at a yield of below 4%, raising over â‚¬10bn in total, while this morning Italy sold a bit under â‚¬5bn, with the yield also falling back. Both countries appear to have a little more breathing space than previously thought.

Quite why this should be the case is unclear. The economic fundamentals for Spain and Italy have not dramatically changed since December and, even though the new administrations are focused on shoring up the public finances, they still face significant challenges in doing so. Mario Monti has already seen growing unrest from the elected politicians that are being asked to sign up to the measures his technocratic government proposes; and the new Spanish PM, Mariano Rajoy, has warned of the difficult challenge the government faces to balance its books, especially as Budget Minister Montoro has pledged to back the autonomous regions that exert considerable control on tax and spending. At the same time, Germany is continuing to put pressure on Greece to resolve the ‘private sector involvement’ in its proposed debt haircut, or risk missing the upcoming tranche in its bailout package. In other words, it all looks like the same old mess. So why are yields falling back?

It could, of course, be a blip – two debt auctions do not make a trend. But I have the sense that, just perhaps, there is a little less gloom around the euro area than there was before. The ultimate issue of fiscal soundness has always been about burden-sharing between euro area members: in aggregate, the block has had a lower deficit than the UK or the US for years. Perhaps, with new leadership at the helms of the third and fourth-largest economies making the right sorts of noises, markets are just little more optimistic that a solution will eventually be found. 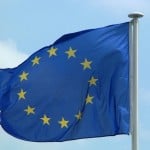 The great thing about this sort of grudging optimism is that it can be self-fulfilling. Ostensibly, the ECB’s â‚¬489 operation in December was meant to encourage banks to lend to small businesses, rather than buy up lots of government debt. But, if you are now a little more confident that Italy and Spain won’t default in the next few years (both countries have decent national saving rates, after all), then a good way to make a return at the moment is to borrow from the ECB at 1%, and invest in Spanish bonds to earn 3.5%. Once some people take up this option, yields get driven down and then others will review their own risk outlooks. As more people then decide to take up the ‘free money’ on offer (as you can guess, I would do this trade – Spain is very unlikely to default), yields falls again, etc etc.

In truth, this process is less dynamic than it sounds, partly because the stubborn incompetence of European politicians last year is hard to forget. Confidence will only gradually come back to the market. But it does at least appear to be edging back. At least, that is, until politicians manage to muck it all up again.