Markets are likely to remain volatile for some time after the historic Greek referendum on Sunday, warns the CEO of one of the world’s largest independent financial advisory organisations.

Nigel Green, deVere Group’s founder and chief executive, is speaking out as global stock markets slid on Monday as Greece closed its banks and restricted withdrawals, and as the country looks set to miss the €1.55 bn debt repayment to the IMF tonight (Tuesday).

Mr Green comments: “It is becoming increasingly evident that Alex Tspiras, the Greek PM, actually wants to leave the Euro.  He has rejected the last-minute deal by Junker [European Commission chief] and is now on the ‘vote no’ campaign trail.

“Whilst the charismatic Tsipras, and his well-oiled PR machine, actively pushing for a ‘no’ slightly increases the likelihood of a ‘Grexit’, I am confident that the Greek people will see through his attempts at trying to mislead them and will, ultimately, vote ‘yes.’ 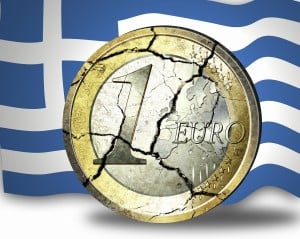 “Tsipras has ‘gone one step beyond’ – and the Greeks will hopefully not buy his rhetoric at Sunday’s historic referendum.  They are ever-more aware that without backing from international creditors, Greece will be short of euros for pensions, benefits and wages, and banks will not be able to fully operate again in euros.

“A ‘yes’ vote would almost certainly lead to new elections as Tsipras would not be in a political position to implement the reforms that would be required.”

He continues: “The financial markets would see a ‘yes’ vote as the least bad outcome of the situation and there would be a temporary reprieve from the swings that are likely continue all week.  Indeed, the market response is likely to be muted in the immediate aftermath of the vote.

“However, the whole saga has fundamentally rocked confidence, investors will go into speculation mode and this will affect markets in the longer-term, creating wider and perhaps increasing volatility.”

Mr Green concludes: “Investors will be keeping an eye on events in Greece, and the fallout beyond, in order to see how they can position their portfolios to avoid risks and to take up the opportunities that will present themselves as we enter a fresh wave of market uncertainty triggered by the Grexit endgame.”