Marks & Spencer calls for plan to save bees

Marks & Spencer has today (Thursday 27 June) called on the Government to create a Bee Action Plan. The retailer joins businesses such as Co-op and B&Q, key scientists, 200 MPs from all parties, and tens of thousands of the British public asking for action on the issue.

The call comes ahead of a summit meeting of key stakeholders tomorrow (Friday 28 June), at which Environment Minister Lord de Mauley is expected to outline the Government’s plans to protect bees from decline.

Friends of the Earth has seen an early draft of the Government’s plans, and fears tomorrow’s announced proposals will be too weak. The environment charity says urgent action is needed to reverse bee decline and protect all kinds of bees, whose numbers have declined dramatically over recent years due to disease, chemicals, loss of habitat, and poor weather.

Bees are vital for pollinating our fruit and vegetables. Without them, it would cost more than Â£1.8 billion per year to pay farmers to hand-pollinate crops.

“We need bees to produce good quality fresh produce at the right price. At M&S we are already working with our own suppliers to boost bee populations.

“But we need a comprehensive set of measures from Government to ensure that there is help for bees across the countryside and in our towns and cities – that’s why we are backing the call for a National Bee Action Plan.” 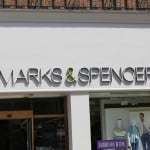 “With leading retailers like Marks & Spencer joining the call for a Bee Action Plan, our voice is louder than ever.

“Bees are worth more than Â£1.8 billion to our economy every year – the Government cannot afford to ignore the growing momentum from businesses, scientists, beekeepers and conservation groups who recognise that the time for action is now.

“Ministers must give us a plan that tackles all of the causes of bee decline and keeps bees pollinating our food, gardens and countryside”.

Register Your Biomass Fuel as Sustainable