• Marks & Spencer has a firm intent to enter key cities such as Beijing and Guangzhou from 2015/16.

• It will continue to invest in its existing flagship store portfolio with the complete modernisation of its flagship store on West Nanjing Road in Shanghai during the autumn.

• As announced in April 2014, Marks & Spencer has reviewed the shape of its existing store portfolio to ensure its best aligned with its strategic growth plans. As a result, Marks & Spencer has taken the decision to close five of its supporting stores in the greater Shanghai region by August 2015. It has also reviewed its head office resource structure in line with growth plans.

• Continuing its ‘bricks & clicks’ strategy, Marks & Spencer is leveraging E-commerce to strengthen brand awareness and reach across the country. Following the popularity of its online stores on China’s leading websites, which during the last quarter saw its sales on TMall.com increase by 200% on last year, Marks & Spencer launched a new dedicated kidswear store on TMall.com and a new clothing store on JD.com in January.

• For the long term M&S is in the process of evaluating potential partners as first set out at its International Investor Seminar in April 2014. 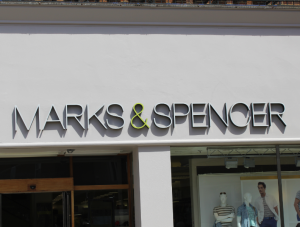 • In line with its International strategy to focus on its flagship stores, Marks & Spencer will invest in modernising its stores in Hong Kong during 2015/16.

• Marks & Spencer will also grow its presence in Macau with the opening of a new 1,000 square metre store at The Venetian Mall in November 2015.

“Last year, we reaffirmed our commitment to our Greater Chinese business and set out clear strategic plans. Today we can share more details of our continued investment across our priority markets of China, Hong Kong and Macau. This includes the modernisation of our flagship stores, entering new key cities, growing our Hong Kong Food store portfolio and expanding our reach across China through new sites on TMall.com and JD.com.”

House Prices Vs. Income – Where Can You Afford to Buy?