Orphaned Parisian Hugo Cabret (Butterfield) lives amidst the walls of the Paris train station constantly continuing the work of his absent uncle (Winstone) in maintaining the grand clock that inhabits the complex, whilst cleverly avoiding the attention of a Station Master (Cohen) with an unhealthy obsession for catching wayward children.

But the orphaned boy holds one true passion, to continue the work of his late father in repairing the internal workings of an automaton, a passion which will lead him to cross paths with embittered toy shop owner Georges Melies (Kingsley), who himself holds a secret past connected to the damaged device.

Who would have thought it? The director of Taxi Driver, Cape Fear, Raging Bull and other intensely violent explorations into the human soul produces a family film perfectly timed for the festive season.

Scorsese’s adaptation of the children’s book The Invention of Hugo Cabret by Brian Selznick is not only a stylish and intelligently character driven adventure for both adults and children alike but also a celebration of the medium of film and the experimentation of the early movie pioneers.

Visually the piece is a wonderful blend capturing the romantic and slightly fabricated Parisian atmosphere of Amelie (2001) with the darkly quirky and offbeat mannerisms of the children’s adventure Lemony Snickett’s A Series of Unfortunate Events (2004).

The director offers a visual treat that is never at the expense of the characters or the story and the film itself cleverly borrows influences from the greats of cinema, the constant images of a Parisian metropolis complete with grand but complex clockwork design seems almost Fritz Lang in appearance whilst the vertigo inducing camera angles found in Christopher Lee’s book shop would have almost certainly appealed to Orson Wells.

Flickering images and pioneering stunt work found in the movies of Harold Lloyd and Buster Keaton are also featured and then parodied during the young hero’s quest whilst Scorsese seems to be enjoying his experimentation with both the digital realm and the possibilities of creating illusion and space through the medium of 3D (the drifting snow is perhaps the most subtle and effective image in the entire film). 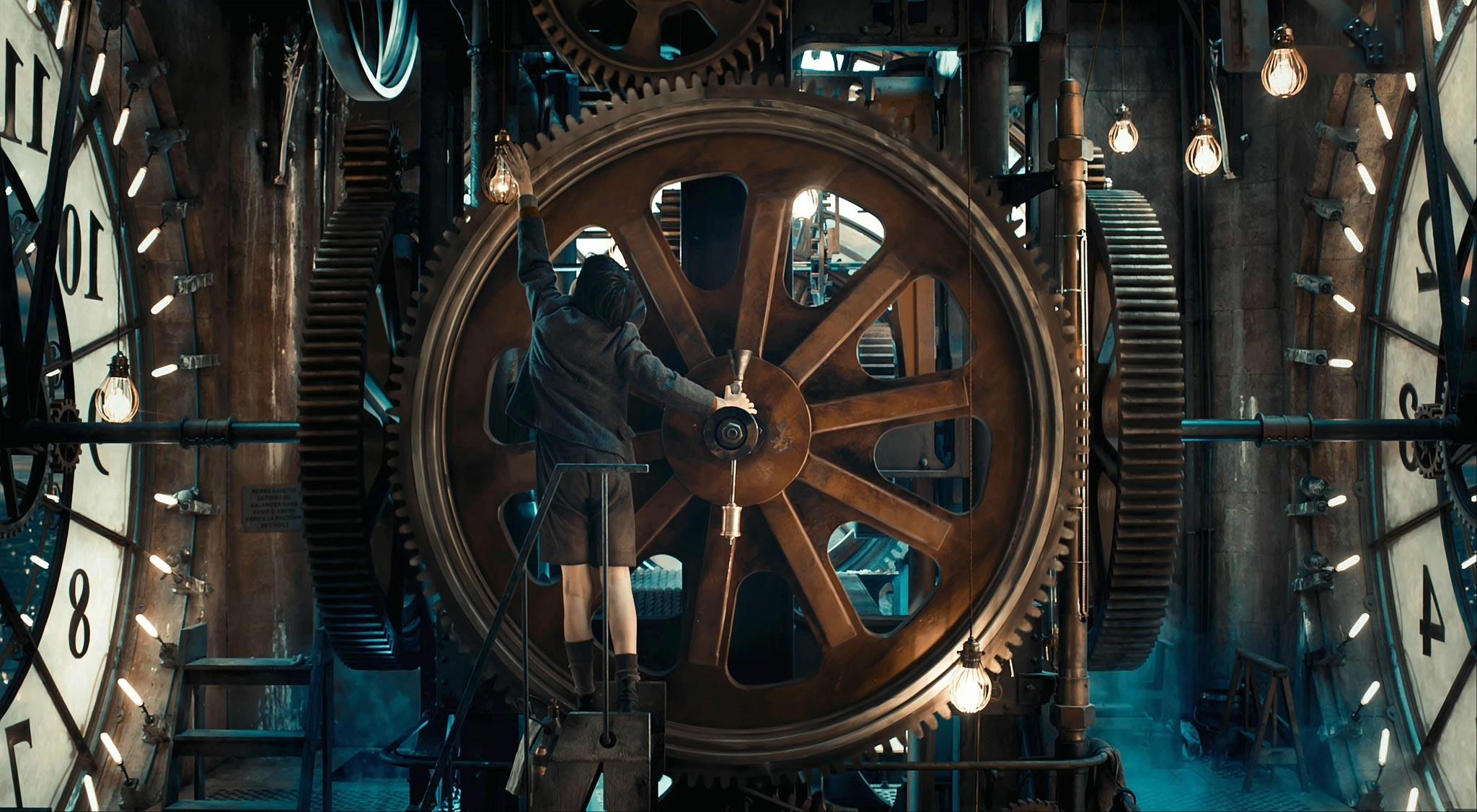 Appropriately the work on show here echoes nicely the wonder that the early film makers must have brought to initial cinema audiences.

As for the cast, the inclusion of a group of stylish British thespians with Anglicised accents could easily make the Parisian setting seem more akin to Piccadilly.

But this is a minor quibble in a set of performances that are top notch with Kingsley leading the way with a performance that at times seems almost Dickensian in nature as his embittered toy shop owner seemingly draws influence from both The Old Curiosity Shop and Scrooge.

Cohen’s Station Master and self proclaimed catcher of orphan tearaways is slightly reminiscent of Peter Sellers’ Inspector Clouseau and provides not only the slapstick and inherent danger for Hugo but also the source of some very clever and hilarious black humour that may fly above the heads of children but will almost certainly appeal to the adults in the audience.

Special mention also to Jude Law, his brief cameo as Hugo’s late father and lover of all things mechanical is both mentoring and touching in nature.

As for the two young players, Butterfield gives Hugo a haunted, obsessive and abandoned quality whilst his often silent, gaunt and oiled smeared face is nicely counterbalanced by Mortez in the role of Kingsley’s feverishly bookish and talkative goddaughter, Isabelle.

Even though some adults may second guess the final outcome of events, the journey of the film’s protagonists along with the visual treats on offer will certainly put a smile on all faces.

An intelligent and visual feast that will appeal to both children and adults alike, the director’s foray into the realm of 3D is perfectly timed for the festive season. Recommended.

The Adjustment Bureau – a film review