The unique 'London Housing Bank' scheme would loan up to £200m to development partners to help them speed up the building of around 3,000 homes on large scale 'multi-phase' schemes, which already have planning consent. These homes would then be let to Londoners at low cost rent, below the market rate, for a ten year period before being sold on, with the loan repaid to City Hall.

Research conducted by City Hall suggests that planning consents have been granted for around 200,000 homes in London which have not yet been built, a figure that is sometimes confused with developers 'land banking' sites. However around three quarters of these consents are on large, multi-stage regeneration developments of more than 500 homes which can take many years to complete. Often this is due to the funding and sales constraints which can limit the pace of building.

Through the proposed 'London Housing Bank' the Mayor would help to fast track these developments, completing them several years earlier than traditional house building methods allow, and make thousands of additional new homes available for Londoners at low cost rent which would complement rather than compete with the other homes being brought to market on the sites. The 'bank' would be repaid no later than ten years after the loans are made, when the homes could either be refinanced, let by the developers to private buyers or institutions, or sold to the Londoners who had been renting them under this scheme.

"We're doing everything we can to double house building across the capital and address a 30 year failure to build enough homes for this thriving city. The proposed London Housing Bank is just one of several highly innovate new schemes we are pioneering here at City Hall to help meet the needs of hard working Londoners. Through this exciting new fund we hope to provide thousands of brand new homes many years sooner than would otherwise be possible, and make them available to rent at more affordable, below market, rates for hardworking Londoners." 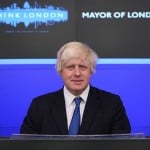 In the future, the 'London Housing Bank' could extend its offer to further incentivise building by purchasing off-plan market homes or offering funding guarantees. Future funding could be attracted from a range of sources, including the public sector and private sector institutional investors.

The Mayor is consulting agencies and organisations within the housing industry on the 'London Housing Bank' proposals. The closing date for responses is the 21st May.

This comes a week after the Mayor published his updated Housing Strategy, following consultation responses, which provides an in depth overview of London's complex housing needs and a range of pioneering solutions to increase supply, stimulate building and tackle demand. The strategy sets out a long-term ambition to increase supply to at least 42,000 new homes per annum, around double what has been achieved over the last 20 years. Of these, at least 17,000 should be affordable with 5,000 for purpose-built long-term market rent.