The annual QS TopMBA.com Jobs and Salary Trends Report, released yesterday on TopMBA.com, reveals a near-global rise in MBA salaries and compensation around the world.

The report, compiled by the team behind the QS World MBA Tour, found that with the exception of the Central European region, overall MBA compensation levels around the world has grown or remained at the same level. The region with the highest percentage increase in overall compensation was Asia-Pacific (8%), followed by Africa and the Middle East (5%). Latin America saw its compensation levels remain the same as 2012 after a record-level 20% increase from the previous year.

The results are based on an annual survey of active MBA employers around the world. The report took into account 4,318 responses.

• Gradual equalization of MBA salaries around the world seen over the past decade.

Nunzio Quacquarelli, managing director of QS says: "As predicted last year, global MBA salary levels have remained robust in 2013 but not increased at the same rate rapid rate as we witnessed in 2012."

He continues, "With a growing sense of optimism among employers and the equalization of MBA salaries due to factors such as the standardisation of MBA packages offered by multinationals and increased availability of salary information online, we're confident that salary levels will return back to 2012 levels of increases, if not higher in 2014." 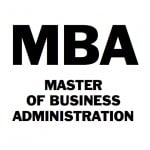 The report also revealed the downside to such high average salaries as some employers now have excessive performance expectations relative to non-MBA hires on lower salaries.

Patrick Smith, Bank of America, says: "[MBAs have] unrealistic expectations about starting salaries and the speed of advancement."

Other MBA employers echo Smith's views and believe salaries should not be an MBA graduate's top priority. Sebastian Pav, director at Sage Solutions India believes the key to a successful MBA career is "making them understand not to focus too much on money in the initial phase of the career, but to focus on learning."

The full report reveals further analysis on salary, experience and hiring trends by country, region and sector. The report can be downloaded here: www.topmba.com/JobsReport

Falling sterling hits the pensions of millions of expats

Should Equity Release Be Part of Our Retirement Plans?

Warren Buffett And Elon Musk To Spark A Lithium Boom