In 2012/13 a fifth of the overall NHS budget was spent on settlements for medical negligence claims, with the amount of claims rising by 20% in just one year.

Almost Â£19m was spent by the NHS in claim settlements, as a result of over 16,000 bereaved family members and patients lodging claims last year – a rise of 18.4% from the 13,517 claims the year before. The amount of negligence claims brought against the NHS has steadily risen, and has increased by 80% since 2008 – showing that the public are growing tired of the falling standards of care that are bought by their taxes. 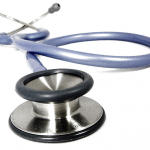 The Commons Public Account Committee admits that these figures indicate a deeply worrying situation, and that the number of negligence claims lodged reflects problems with the healthcare quality offered by the NHS and raises major concerns – although Chairman Margaret Hodge claims that some of the blame can be laid with ‘ambulance-chasing lawyers’. This sentiment is shared by others too as questions about whether this is due to a combination of issues with care quality alongside a growing litigation culture that has infiltrated our way of life from the US, but it is clear that there are serious issues with the way our health service works.

The general public is becoming less tolerant of mistakes within the health sector and the refusal of doctors to give a valid explanation. Of the 16,006 people that placed claims last year, a majority was frustrated that they were not given an explanation of what went wrong, nor any reassurances of changes being made so that other patients wouldn’t suffer.

After the public inquiry in February, conducted by Robert Francis QC, into failings that caused the death of over 1,000 more patients than expected, people with moral doubts about filing a claim against the NHS rethought their reservations. After these cases of extreme negligence came to light, leading Legal 500 medical negligence solicitors such as Fieldfisher have commented that they are expecting a substantial rise in claims.

Image By Stethoscopes (Own work) [CC-BY-SA-3.0 (http://creativecommons.org/licenses/by-sa/3.0) or GFDL (http://www.gnu.org/copyleft/fdl.html)], via Wikimedia Commons

Male grooming is good for business