Getting people who used to be in prison to act as mentors for those now being released cannot fix the devastating impact a short time behind bars has on people’s lives, the Howard League for Penal Reform said yesterday (20 November).

Justice Secretary Chris Grayling has outlined plans for more people leaving custody after sentences of less than a year to be met at the prison gates by mentors providing advice on housing, employment and how to tackle drug and alcohol addictions.

The Howard League for Penal Reform has warned that, without mentors being given costly training, support and resources, the proposals will achieve little and could even make existing problems worse. The charity also has concerns about a proposal for the work to be carried out through Payment by Results.

Frances Crook, Chief Executive of the Howard League for Penal Reform, said: “This proposal is the wrong answer to the wrong question. Rather than coming up with new attempts to grab headlines, the government should accept that most people these mentors would be trying to help ought not to be in prison at all.

“Short prison sentences help no one. Inmates sit idle in cells, in jails too overcrowded for them to benefit from rehabilitation schemes. During that time they may lose their job, their home, and their family and friends. This deeply flawed system costs the taxpayer a fortune and increases the likelihood that a perpetrator will reoffend, while providing no recompense or comfort to victims.

“People being released from prison need help with complex issues, ranging from housing and benefit entitlement to checking on their immigration status. At a time when budgets are being slashed, will mentors be given the training required? Mentors could be a good thing, but they will need a skilled professional service working behind them.

“We have serious concerns about the direction Mr Grayling is taking. The government is failing to deal with the real issues.” 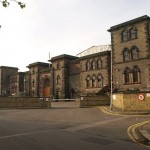