MEPs must back proposals today (Thursday 11July 2013) to limit the damaging impact EU biofuel targets are having on climate change and food prices, says Friends of the Earth.

“The European Parliament must stand up to industry lobbying and take urgent action to end EU support for biofuels that wreck our climate and cause people to go hungry.

“EU biofuel rules need an urgent overhaul – MEPs must also insist on a major review of a policy that causes real harm to people and our environment.”

There has been growing concern about the impact of biofuel production on people and the planet.

* Food and hunger: A recent report by the United Nations’ Food and Agriculture Organisation (FAO) concluded that “when crops are used for biofuels, the first direct impact is to reduce food and feed availability. The knock on effect is an increase in prices and a reduction of food demand by the poor.” Oxfam calculated that the amount of land used to produce biofuels for the EU in 2008 could have fed 127 million people for an entire year.

* Fueling climate change: Greenhouse gas emissions from deforestation, such as burning forests to clear the land, known as Indirect Land Use Change [ILUC], are currently ignored when calculating the climate impact of biofuels. An Institute for European Environmental Policy study revealed that if biofuels that cause high ILUC emissions are not excluded, the EU’s 10 per cent biofuel target could lead to an extra 56 million tons of carbon dioxide being emitted – equivalent to adding 26 million more cars on Europe’s roads. 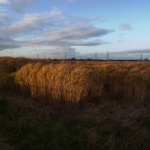 Later today the European Parliament is due to vote on a number of amendments to its biofuels legislation to reduce the impact it has on food production and climate change:

* Measures to prevent the EU using biofuels with a significant climate impact. Biofuels that result in greenhouse gas emissions through deforestation beyond a certain threshold would not be considered a renewable fuel.