The European Parliament’s ENVI Committee yesterday scored a significant win for the climate and a boost for the European economy when it decided by an overwhelming 48 votes in favour to 19 against to strengthen the EU’s F-Gas Regulation to ban a source of super greenhouse gases in new equipment from 2020.

The Regulation governs the use of climate-changing fluorinated gases, including hydrofluorocarbons (HFCs) which are many hundreds or thousands of times more powerful than carbon dioxide and are used in refrigeration and air conditioning, and also aerosols, foams, solvents and fire protection.

Clare Perry, a Senior Campaigner at the London-based Environmental Investigation Agency (EIA), welcomed the vote as a strong step in the fight against climate change and one which signaled that Europe is leading the way to move beyond HFCs.

“This is an important result as it comes despite a powerful HFC chemical lobby, one dominated by a handful of multinationals engaged in a relentless campaign to protect their profits at the expense of the environment and smaller European companies.

“The ENVI Committee looked at this in great detail, and the fact that members saw through the scaremongering and misinformation bodes well for future negotiations with European Council. HFC-free alternatives are ready, and this is an opportunity to put European businesses at the forefront of the ever-growing refrigeration and air-conditioning markets while scoring a crucial victory for the climate.”

More than 250 European and Europe-based companies, many of them small businesses, already produce climate-friendly alternatives using natural refrigerants. HFC bans in new products and equipment should spur investment in production facilities, a first step toward securing a significant share of the global marketplace. 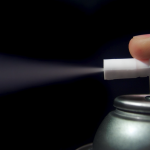 Other measures adopted by the committee include an allocation fee that must be paid in order to access the annual HFC quotas under the ‘phase-down’ mechanism. This improvement over the European Commission proposal, which freely allocated HFC quotas to chemical companies that already produce HFCs, was needed to prevent windfall profits and foil market manipulation that could hurt consumers. The phase-down schedule was also strengthened – with a final phase-step of 16 per cent of 2009-12 levels by 2030 – although recent modelling shows that significant over-allocation of annual HFC quotas still remains.

Prior to the vote, EIA and a large coalition of concerned NGOs called on their supporters and other EU citizens to urge ENVI Committee members not to falter in the face of the HFC chemical industry’s pressure and to vote to ban HFCs in new equipment and products by 2020.

Perry added: “This important piece of legislation now goes before the Council of the European Union, and we call on member states to show the same kind of leadership that Parliament has demonstrated. This is not only a fight against climate change, it’s a chance to stand up for European businesses.”

Secrets of Data Loss: What the Professionals Won't Tell You