Key points from the UK Companies mergers & acquisitions data from the Office for National Statistics.

The Q2 2013 provisional estimate for the total number of domestic and cross-border merger and acquisition (M&A) transactions involving UK companies was 111, a 42% decrease on the volume recorded in Q2 2012 (191 transactions).

The value of acquisitions of UK companies made by foreign companies (inward acquisitions) in Q2 2013 increased sizeably from Â£3.5 billion in Q1 2013 to Â£23.4 billion (current price basis). The number of transactions in Q2 2013 also increased to 30 from 19 recorded in the previous quarter. However, the number fell when compared with the same quarter a year ago when 48 transactions took place. 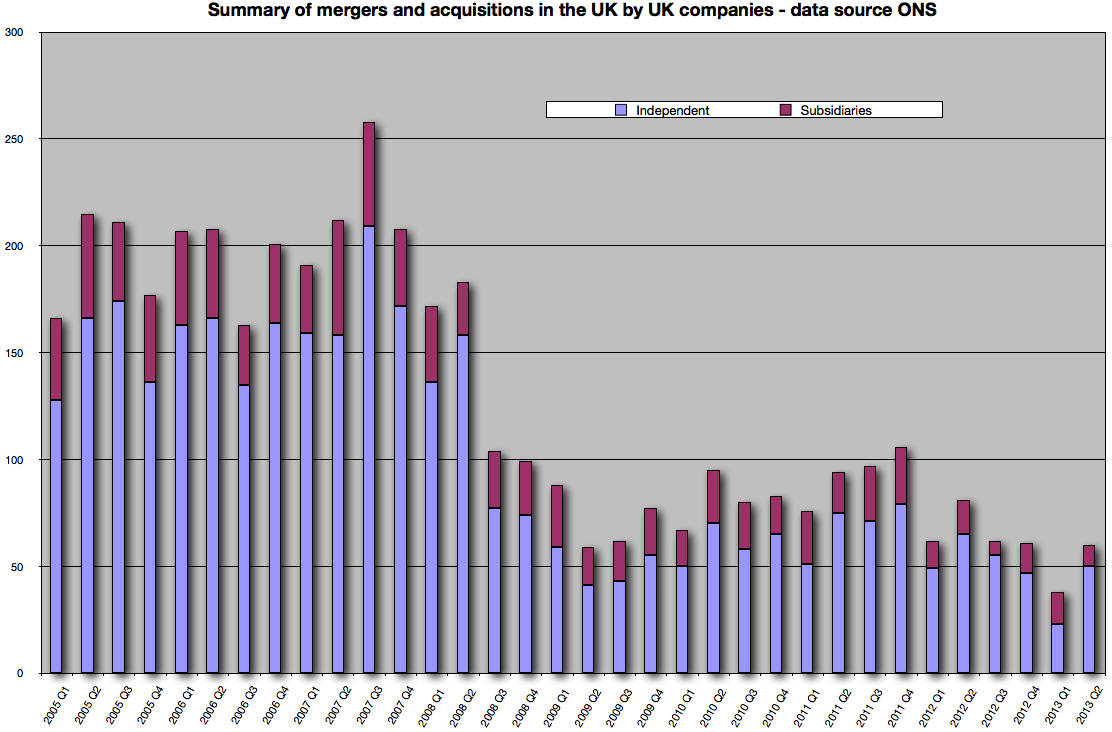