This morning, the Bank of England and the Treasury announced an extension to the flagship 'Funding for Lending' Scheme (FLS). The FLS will now be extended by one year until January 2015, and will cover lending to certain non-bank credit providers in addition to banks. The terms of the scheme will also be recalibrated to put more weight on lending to small and medium-sized enterprises (SMEs) than mortgage holders.

The extension of the scheme was widely trailed, and there were few surprises in this morning's announcement. But the very fact that policymakers have had to take this step tells us one incontrovertible thing: that the FLS, to date, hasn't actually worked very well.

The original focus of the scheme, launched last August, was to make borrowing cheaper and more plentiful for households and SMEs. If we look at the data, although interest rates on new mortgages have come down a bit, mortgage approvals are still only running at about 53,000 a month. To put this in context, in the decade to 2002 – before the 'house price boom' really took off – the average number of mortgage approvals was around 93,000 a month. So the FLS has had no real impact in terms of boosting the volume of lending.

Small businesses have fared even worse. Lending to non-financial companies has fallen by Â£10bn a year since the financial crisis hit, and small firms have been hit much harder than large ones because they have little chance of raising money directly from financial markets. The FLS has had little discernible impact here. 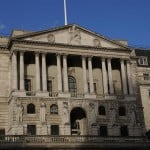 Will today's announcement make much difference? I doubt it. Banks are stuck firmly in deleveraging mode – and, in particular, are deleveraging by cutting back on activities that require larger capital buffers. Small business lending, being relatively risky, is one such activity. And with the BoE telling banks they already need more capital, not less, and major banks already having sorted out their liquidity positions through a combination of official (ECB LTROs) and market sources, banks simply have little financial incentive to lend to SMEs. Today's changes won't make much difference.

There are alternative policies that could be tried, of course. Many economists have been calling for some time for the BoE to buy private sector assets, rather than just gilts – it already has the power to do so, but sadly not the will while Governor King is around. Taking bundles of SME loans off banks' books altogether would be a powerful way to increase lending and aid balance sheet repair; but, like a runaway train, Mervyn's not for turning. Unfortunately, the 'new improved' FLS looks set to be just another King failure.

The Fed: Predictable and gradual?