Miley Cyrus and herÂ AustralianÂ partner, Liam Hemsworth are now betrothed to one another sealed with a Â rather nice 19th century engagement ring.

The couple have enjoyed an on off relationship since they met and fell in love on theÂ film-setÂ set of 'The Last Song' back in 2009.

Hunger Games Actor, Liam Hemsworth has publiclyÂ receivedÂ the thumbs up from his future father-in-law, Billy Ray Cyrus who is told People Magazine that he is delighted at the news.

Miley, who shot to fame in Disney Channel hitÂ Â television series Hannah Montana, has been spotted looking pleased as punch and beaming an awful lot since the engagement and if Liam's tweets of the engagement ring are anything to go by it looks as if the future Mrs Hemsworth has more than one reason to celebrate.

A simple betrothal band has divided opinion in the media as to whether or not the offending item ofÂ jewelleryÂ is tasteful or just bling and should such rings be flaunted in a time of economic crisis.

The rising cost of precious metals also affects the viability for the average man on the street to purchase anÂ engagementÂ ring let alone one which will compete with that presented to Miley Cyrus.

In Greece women are now selling their engagement and wedding rings to pay for giving birth in hospital and the price of wedding ring may not even cover it.

TheÂ engagementÂ between a 19 year old actress and a 22 year old actor has raised questions in the press over how long a teen marriage can last and why is such a union being devalued by the couple themselves who appear to be flaunting theirÂ opulence but one must remember what it was like to be young, naive and in love. 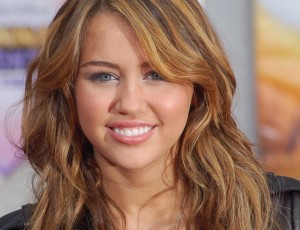