Ed Miliband’s plans to devolve power to city and county regions are too timid to drive the economic growth needed in the English regions, according to Professor David Bailey, Professor of Industrial Strategy at Aston University Business School and one of the UK’s leading authorities on industrial policy.

Professor Bailey’s comments come in response to Ed Miliband’s speech in Leeds today, intended to outline how Labour would shift economic power in England from London to the regions.

“Radical decentralisation is much needed as England is by far the most centralised state in western Europe even after all the recent fanfare over localism, City Deals and local growth funds. England’s second-tier cities continue to punch well below their weight economically. 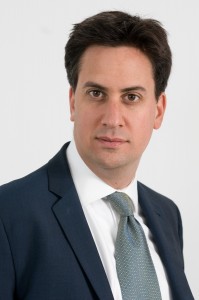 “Unfortunately, Ed Miliband’s plan may be too timid to have the impact needed. He says that Labour will devolve up to £30bn of funding to the local level. If that was £30bn a year then that would indeed be a huge step forward. But what’s not clear at this point is the time period over which £30bn will be available. Also, it seems that regions will still have to take part in a bidding process into the Local Growth Fund, with the Government ultimately deciding which cities receive devolved powers and how much they can spend.

“That’s a shame as the bidding process itself eats up huge amounts of time and effort. Combined-councils should simply be allocated resources and powers when they show that they have met certain criteria and that their economic strategies are predicated on creating high-skilled, well-paid jobs in the private sector.

“We can and should go much further. Our big cities need to be cut free from the dead hand of central government and given the real powers and resources to plan, fund and deliver the transport, housing and skills they need to grow and develop. That should allow them to use more innovative methods to fund investment, whether in the form of tax increment financing or working with local government pension funds.”