British comedy is littered with stand-ups who weren’t quite able to translate their shtick to their own sitcom. Be it Frank Skinner’s disappointing Blue Heaven (or, for that matter, his rather more risible Shane), Lee Mack’s passable Not Going Out or even Sean Lock’s terminally underrated Fifteen Storeys High, there is often something that leaves one feeling short-changed. Perhaps it is suspect motives (vanity project, commissioning editor’s bandwagon-jumping short-termism) or that there is far more that can be achieved outside the carefully-vetted, market-researched 26-minute format.

Whatever the case, one could probably be forgiven for approaching Milton Jones’ sitcom pilot House of Rooms with some scepticism, if a not insignificant amount of hope. Jones, you see, is a superior performer. Unflappable and deceptively sharp beneath his benign exterior and loud shirts, he possesses a rare gift for wordplay and has found his own niche in a crowded market, occupying that unmapped territory between Jack Dee and Tim Vine.

House of Rooms, co-written with fellow stand-up Dan Evans, is even trickier to categorise. Jones, as you might expect, takes the lead and is found living with his mother (comedy stalwart Susie Blake, lending her gravitas to the proceedings) in a house big enough to provide rented refuge to a range of misfits. Chief amongst these is Alice, the painfully shy object of Jones’ affections who communicates almost exclusively in giggles and furtive glances, and Paul, the brusque Australian new arrival who diverts the attention of both of the ladies in Jones’ life. 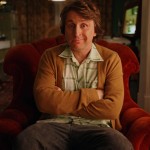 If this sounds like hackneyed sitcom fare (Jones is not quite Timothy Lumsden in Sorry! but he’s not far off) then consideration must be given to the fine array of post-modern tricks employed here – an inventive title sequence, voice-overs and visual effects that wouldn’t look out of place in a Tarantino film and some dizzying point-of-view switches. House of Rooms is indebted to Father Ted for its use of surreal touches to elevate the otherwise mundane storyline (in the case of this pilot, the sales techniques of gas suppliers) and its best punchlines are derived in the same effective way – a loaded set-up followed by a 5-second cut away to a scene that requires no words.

The material looks to have legs, too. The doomed central relationship between the tongue-tied couple has a feel that is not dissimilar to that between Daphne and Niles in the early years of Frasier (they should never have been allowed to get together, incidentally). With a talent such as Jones’ there will always be laughs (‘What doesn’t kill you will only make you stronger. Then he released the bees.’) and, although his natural inclinations were clearly pared down for this pilot, there were enough glimpses to suggest that a longer-run for House of Rooms is merited.

Early days, of course, but grounds for encouragement for the view that Jones has a better-than-average chance of joining the select band of individuals capable of success in both comic formats.