Higher earners are significantly overestimating their retirement income, according to new research conducted on behalf of Investec Wealth & Investment (IW&I)[1]. The study found that people earning in excess of £50,000 a year expect, on average, their private pension to provide the equivalent of almost half (44%) their salary in terms of their retirement income; in reality, the average is around a third.

According to the research, a quarter (26%) of respondents said they expect their private pension to provide more than half their current salary, while one in 14 (7%) estimated it would match it.

Asked what they would do if, on retirement, their pension income turns out to be significantly lower than expected, three quarters (74%) of respondents said it was likely that they would look at downsizing their main property in order to free up capital to supplement their retirement income. Some 15% of respondents said they would maintain their income levels and run the risk of running out of money later on. Just a third (35%) said they would scale back expenditure in retirement in line with their reduced pension income. 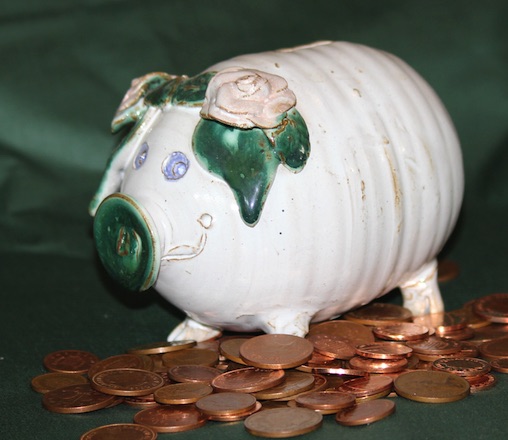 “Unfortunately too many people overestimate how much income they will get in retirement. We know from experience that higher earners tend to get around a third of their salary from private pensions, and this can be a shock for many of them.

“The study also highlights the reliance people are putting on releasing equity from their homes. The fact that three quarters of respondents are considering downsizing is significant. Property plays a central role in our financial affairs, but we believe that downsizing should not be the default retirement plan for higher earners.”

The research also found that, on average, high earners expect to receive the equivalent of around a third (36%) of their current salary in retirement income from assets, savings and investments other than a private pension. A fifth (20%) of respondents said they expect these assets to provide in excess of the equivalent of half their salary.

The top five investment and savings vehicles that high earners are using to supplement their retirement income are cash ISAs (as cited by 54% of respondents); stocks and shares (42%); equity ISAs (32%); Premium Bonds (25%) and buy-to-let property (20%).

Chris Aitken continued: “Our research shows that people are supplementing their private pension provision with an array of investments, including property. This is a common scenario given how people accumulate assets over time. While such provision can be suitable, it can result in overlapping investments and misaligned risk profiles. It can also mean people overestimate their income in retirement.

“The pensions landscape in the UK is a fast-evolving environment, and it is vital that people stay on top of developments – and the opportunities – to maximise the income they can get when they retire. It is more important than ever to develop a diversified financial plan as soon as possible to generate a suitable and sufficient income in retirement.”

1. Research conducted by Consumer Intelligence in February 2016 among 2,952 people