At a summit hosted by the Home Office today, Policing and Criminal Justice Minister Damian Green rallied key players in the fight against child sexual exploitation and abuse against vulnerable people.

He outlined work already underway to improve the response to victims and an ambitious programme of activity planned for the coming year.

He set down a challenge to all those with a duty to protect children to change attitudes which have been the catalyst for tragic failings in the past.

“We need to stop sickening child sexual abuse before it starts.

“The ambitious programme of work I am setting out today hinges on agencies coming together to stamp out abuse.

“We are already making progress. The police are more engaged, aware and determined to identify victims. Today’s summit is another significant step towards ensuring a unified and coordinated response to this complex threat.

"I want to thank those agencies standing shoulder to shoulder with the government to make this happen.

“As a society, we all have a responsibility to lift the lid on abuse, if we are to learn the lessons of the past.”

Among the 100-strong audience at the summit were representatives from the Child Exploitation and Online Protection Centre, the Crown Prosecution Service, Rape Crisis, Barnardo’s and the NSPCC.

Each has been working closely with the Home Office as it leads a programme of work across-government, established in the wake of recent exploitation cases.

The Sexual Violence against Children and Vulnerable People Group is led by Damian Green, and will provide a monthly update on progress to the Prime Minister over the next year.

The group has prioritised action in four key areas:

* improve multi-agency child protection so agencies are actively identifying those at risk;

* fully equip police to deal with complex and sensitive cases; and

* ensure victims are at the heart of the criminal justice system.

So far the group has:

* launched a consultation for new regulations for children’s homes (25 June);

* launched a new criminal justice strategy including significant measures to improve the court process for victims (28 June); and

Strong partnerships between the police, children’s services and other agencies have been identified as critical to ensuring abuse is stopped before it starts. 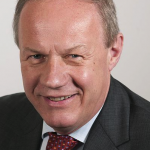 The MASH is the first point of contact for anyone with a concern about a vulnerable child or adult. It means there is a representative from the police, health, children’s services and adult safeguarding authority in one office, and it is hoped this model will now be adopted by police forces across the country.

The next steps for the group are:

* further measures to curb online abuse, including securing industry support for a proactive approach to taking down illegal images (September);

* College of Policing review of guidance for police dealing with cases of child abuse (September);

* Her Majesty’s Inspectorate of Constabulary inspection of volume of offending across the internet (October); and