Dominic Grieve, Conservative MP for Beaconsfield and Attorney General, said in an interview with the Telegraph that some minority communities 'come from backgrounds where corruption is endemic'.

He then went on to point at the Pakistani community in particular and said that this was leading to a growth in corruption in the UK.

Had Mr grieve said this a year ago prior to UKIP clearing the way for an open debate on these matters he would now be under pressure to resign and be branded a racist. But he would probably not have said these things year ago.

Let's put this as it would have been couched back then – 'minority communities are enriching our way of conducting business by showing us new diverse ways of getting things done'.

But, before we all get on our high horses we must remember that our recent past is littered with examples of dodgy dealing outside of these minority communities.

The prime example is the banks and everything that has come to light recently.

Then there are the politicians who seem to be either claiming expenses wrongly or getting caught out trying to sell their 'influence' in under-cover stings by journalists.

Big business is also in the frame with such examples as the suspected price collusion by our energy companies and the allegations against BAE.

There are also areas like tax evasion and aggressive tax avoidance both of which usually involve some form of corrupt or near corrupt dealings.

Wherever humans get involved the risk of corruption exists no matter what the race, colour or creed.

The difference may be that in some societies it is accepted with a shrug as part of life so conducted on an almost open and official basis, whereas in others it is hidden beneath a veneer of respectability and horror expressed when it occasionally finds its way into the light. 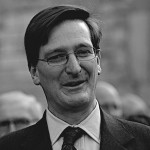 OK, if corruption is accepted in some communities then there is likely to be more of it there – but how much more is the question. So overall the amount of corruption in the UK may have gone up. But that presupposes that the rest of us are less prone to corruption and it only happens in the odd case – how can we know if we keep it hidden?

Anyway one suspects that in the UK, over time, any corruption that exists in these minority communities will sink gradually below the surface to mirror the British way of doing business. Then we will of course be happy.

Dominic Grieve also mentioned election fraud with regard to postal ballots. The easy way to deal with this is to only allow postal votes in extreme cases and have them scrutinised properly. The rest should need to turn out physically on the day. I've always had a problem with votes being cast by post before polling day – what if some scandal came out the day before and the voter wanted to switch?

The Baroness writes to the PM