Pay More in Now and Get More Out Later

Unfortunately, that isn’t the case.

Social Security is Only for Those Who are Retired

A primary focus of Social Security is to provide benefits to retirees, however more than 8 million people are receiving social security disability benefits as well. Additionally, benefits are also paid to the survivors of workers who die. 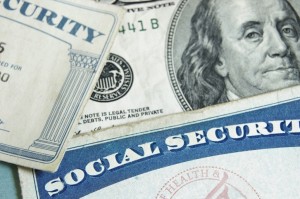 Social Security is Running Out of Money

This is a ‘yes’ and ‘no’ answer. Based on the most recent government report, Social security is on course to run out of funding by the year 2033. It may seem like a long way off, but it’s earlier than previously projected. It’s also important to note that Social Security isn’t going to be eliminated outright in 20 years. What it does mean is that the system will no longer be able to pay out 100% of the benefits promised by law. According to the Social Security Administration, benefits could be reduced by as much as 22% at that time (2033). Unless Congress did something to stop it the payments would continue to decline.

The Earlier the Better

Here is a misconception that has cost a lot of people an awful lot of money. Many falsely believe that applying for Social Security benefits as soon as possible is the best way to maximize their benefits. Unfortunately, just the opposite is true. While it is possible to claim benefits as early as 62 years old, the longer you wait the more money you’ll get. Those who wait to file a claim will receive an additional 8% increase for each year (up to the age of 70) that they delay their claim beyond full retirement age (66-67).

Too many people have made this mistake and have ended up struggling unnecessarily in retirement. As of the beginning of 2012, the average Social Security monthly benefit payment was $1,230, according to the Social Security Administration. That’s $14,760 annually, or the approximate equivalent of a full-time minimum wage job. Very few people can live off such a low fixed monthly income. Luckily, it’s never too late to start investing, and the internet offers some good basic investment advice. However, the best advice of all is to seek guidance from a financial planner.

The rules and laws governing Social Security worker benefits and Social Security disability benefits can be overwhelming to navigate. However, there is information available online (including how to contact the SSA) that can help separate fact from fiction. That’s a good thing, too, because the better you understand the Social Security system, the better handle you’ll have on what it means for you and your future finances.