MNI Russia Consumer Indicator Falls to 94.1 in February from 99.3 in January

The MNI Russia Consumer Indicator declined to the lowest level since the survey started in March 2013, led by a sharp fall in consumers’ views about the current state of their personal finances, with not even the winter games able to boost sentiment.

The Consumer Indicator declined 5.2% on the month to 94.1 in February from 99.3 in January. Asked specifically about the impact of the Olympics, over 70% of respondents said that the games would not be successful in boosting Russia’s economic growth.

Consumers were dissatisfied with both their current conditions and future expectations. The Current Indicator fell by 3.3% on the month to 98.6 from a record high of 102.0 in January. The Expectations Indicator saw a larger decline of 6.5% falling to 91.2 in February from 97.5 in January.

Concerns over inflation worsened as the number of respondents who expected prices to rise in a year’s time increased, taking the Inflation Expectations Indicator to a series high. Consumers’ expectations for interest rates on car and home loans also rose sharply, having remained stable for the previous three months. 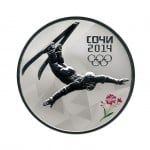 Perceptions about both current and future business conditions declined considerably with a rising proportion of respondents blaming poor economic development and social stability.

“Concerns over prices intensified this month with the sharp decline in the rouble adding to inflationary pressures. Since the survey was taken, the situation in Ukraine has intensified and Russia has been thrown into economic chaos. It’s difficult to see confidence going anywhere but down next month as well.”